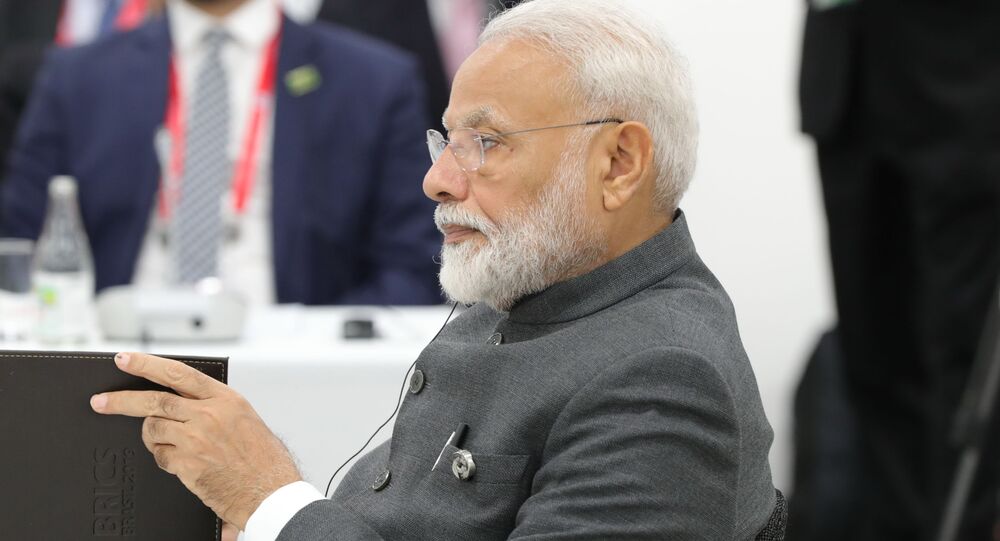 The domestic automobile industry, which has boomed in recent years, appears to be approaching a serious crisis. On Tuesday, data released by industry body SIAM suggests that domestic passenger vehicle sales in July witnessed their biggest slump in almost two decades.

In India, automobiles are one of the most sensitive sectors to the business cycle and a major job growth driver. The double-digit volume growth in automobile sales in previous years became single-digit growth and the sector has now posted a drop in volume during the last three quarters.

The auto sector has strong backward linkages with other sectors and problems in the auto sector have spillover effects on other industries like steel, tyres, paint, electronic items, glass and various other motor parts. The sector is therefore see as a barometer for the Indian economy as a whole.

Unfortunately, in the second half of 2018, India was hit by an unexpected slowdown in demand because of a liquidity crunch following the Infrastructure Leasing & Financial Services (IL&FS) default.

Ahead of the 2018 festive season, production levels were high as manufacturers anticipated high demand. This led to an inventory buildup. Vehicles are usually purchased on finance and with credit lines drying up; dealers were left with piles of unsold stock, forcing auto corporations to slash production which may lead to job cuts.

​The auto industry had hoped for a Goods and Services Tax (GST) cut. However, the GST council decided not to cut rates in its latest meeting. The council did reduce the GST rates applicable on Electric Vehicles (EVs) from 12% to 5%. It was a bold step to promote E-vehicles. But it did little to address the current stress. While the central government is reportedly planning a temporary cut in GST, it may need States’ approval too.

A few other policy decisions need review; heavy investment has been made by the auto and the auto component industry to upgrade the existing facilities to BS-VI norms.

The Government is pushing for the adoption of EV production which is not easy for the auto industry to digest, and adopt and re-invest in new green technology but without having seen any benefits on the already invested capex on BS-VI.

This has created an unpredictable environment for the industry. It hampers decision-making and has led automakers to delay moving forward on the new policies of the Government until the deadline approaches.

With warnings of massive job losses as sales continue to squeeze in major markets, the global scenario in the auto industry is under threat. The ongoing trade war between the two giant economies - the US and China - is creating additional pressure on the global automakers.

China witnessed a slump in new vehicle sales by 12% YoY in the first half of the current calendar year while Japanese-based Nissan announced the elimination of 12,500 jobs worldwide. This shows the underlying weakness in the overall global growth in the automobile sector.

Domestically, there’s been a significant decline in demand levels especially in rural India. After first quarter results, a few automakers have also given a cautious outlook for the coming quarters, forecasting weak demand for the festive season.

Since the auto industry is suffering from a slowdown, this is not the best time for the Government to push for new technology adoption like BS-VI and transition to EVs.

A proposed hike in registration fees could not have come at a worse time. It is worthwhile to note that a hike in upfront insurance cost was partly responsible for hurting two-wheeler sales. Even though the transition to cleaner energy is urgent, it comes at a cost, which needs to be considered.

Thankfully, the Government has agreed to go slow on phasing out IC engines. On the structural front, steps are needed to create the necessary infrastructure for recharging stations to boost the mass adoption of EVs.

To promote EVs, the Government needs to build a more a credible and phased transition plan, and also offer incentives for promoting research centres. It will help to develop fuel and cost-efficient accessories and infrastructure; easing the patent fees and rules in this space would give scope for a faster transition.

However, sowing the seeds without proper fieldwork would result in a ruckus and probable bankruptcy of companies. More importantly, the Government needs to ensure a smooth transition to BS-VI. Pre BS-VI vehicle inventories need to be cleared before March 31, 2020 and the anticipation of price cuts would lead buyers to put off buying decisions. A temporary stimulus like a GST rate cut, incentive for scrapping, should help boost sales.

The current slowdown is thus a result of the troubles in the financial sector as well as a mandated transition to BS-VI and the government’s push for EVs. A phased transition to EVs, incentives to smoothen the transition to BS-VI is the need of the hour. Also, RBI action on liquidity along with a government stimulus and planned bank recapitalisation should help boost the economy in general and the auto sector in particular. We believe with the right action, the sector can recover by year-end.