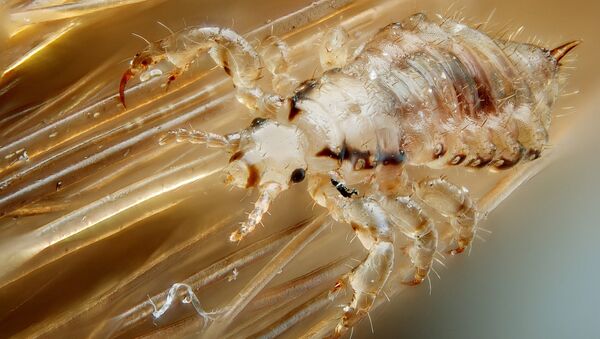 While no nationwide figures are available on this matter, it is estimated that up to 2 percent of Norwegian children are permanent bearers of head lice. In high season, the autumn, this figure becomes higher.

According to Lusfri Norge (Louse-free Norway), an organisation working to stop the spread of parasites, lice have become more prevalent today compared with the 1990s. Last year alone, Norwegian pharmacies sold a total of NOK 50 million ($5.5 million) worth of delousing agents.

Anne Louise Leikfoss of Lusfri Norge stressed that direct head contact is the number one source. When people hug each other, take selfies or play computer or console games together, lice tend to jump from one person to another.

“The Nintendo made children sit with hand-held game controls close to each other. Then lice move very quickly”, Leikfoss explained.

The same principle is applicapble to taking selfies, another sign of the times.

“We have closer contact now than before. We stand close to each other when taking selfies. It has also become more common among young people to give each other a good hug”, Leikfoss explained.

While in the past lice was mostly a problem in primary schools, the problem has now spread to secondary schools, making it all the more difficult to stop it.

“The reason is that it is more embarrassing for teens to tell others they have lice”, Leikfoss explained. She also stressed that parents of secondary school pupils don't have the same contact as a complicating factor. “This means that the population only increases and manages to stay high”, she added, recalling kids with up to 200 lice crawling in their hair.

Interestingly, girls prove to be more affected by head lice than boys.

“Teenage girls often have long hair. This makes it easier for lice to move around”, Leikfoss explained.

Head lice are 2-3 mm large and translucent. They suck blood from the the scalp area, and its bites can cause itching. A female lice lays eight eggs a day, which means that lice breed extra fast. While both eggs and lice themselves are visible to the naked eye, they may be notoriously hard to weed out, since no known cure kills 100 percent of the eggs, which means that it must be repeated.