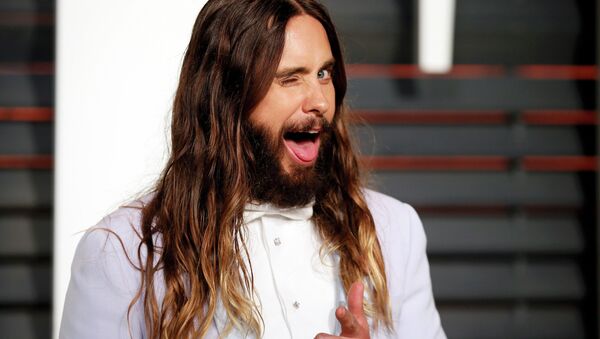 The impromptu online flash mob was apparently triggered by a similarity between the singer’s surname and a certain Russian word.

Famous American actor and singer Jared Leto has now apparently joined the ranks of Western celebrities who witnessed a sudden and seemingly inexplicable influx of Russian-speaking social media users on their Instagram accounts.

While the exact cause of this “invasion” wasn’t immediately clear, the timing -  last days of August - and the topic most frequently mentioned by the jokesters, seemed to suggest that it was somehow related to the fact that the word “leto” means “summer” in Russian.

The majority of the comments in Russian left on Leto’s page seemed to be bemoaning the end of the summer, with the phrase which could be roughly translated as “summer (leto), we f*cking lost you” making a frequent appearance.

Some also jokingly urged Leto to shut down the comments section to ward off this kind of activity, or just reached out to other Russian-speaking users, trying to gauge how many of them visited the page.

Earlier, a similar fate befell popular singer Lady Gaga, who was grilled by netizens (in Russian) for her alleged role in the split between model Irina Shayk and actor Bradley Cooper.

Nor did Hollywood celebrities Leonardo DiCaprio and Sylvester Stallone escape the attention of the Russian-speaking online crowd: the former was repeatedly asked to help save Lake Baikal, while the latter was told to relinquish his clothes and motorcycle.