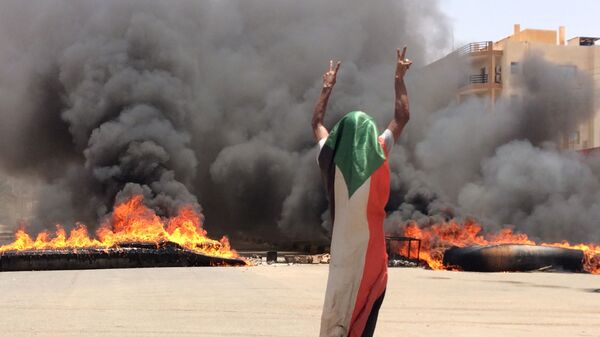 CAIRO (Sputnik) - A total of 37 people were killed and over 200 injured as a result of violent clashes between tribes in Sudan's east, media reported, citing medics.

According to medics cited by the Sudan Tribune, clashes between the tribes of Bani Amer and Nuba broke out in Sudan's Port Sudan last Thursday. The reason the clashes were triggered remains unknown.

Those injured were taken to nearby hospitals, the outlet said.

On Sunday, following the clashes, Sudan's newly-formed Sovereign Council announced a state of emergency in the Red Sea state and dismissed the governor of the state, as well as the state's chief of security services, for a failure to effectively resolve the conflict.

Additionally, the council ordered an investigation into the violence, saying that those responsible for the clashes would be punished and the victims would be compensated.

The opposition has been holding ongoing protests in Sudan to demand that the ruling military yield power to a civilian authority. Mass rallies resulted in a coup that saw former President Omar Bashir overthrown and put in jail.

The Transitional Military Council (TMC) took over and pledged to hold a new presidential election within two years, but protesters insist on an immediate power transition. The political turned deadly in June after the military violently dispersed a sit-in protest camp in Khartoum, killing dozens of civilians.