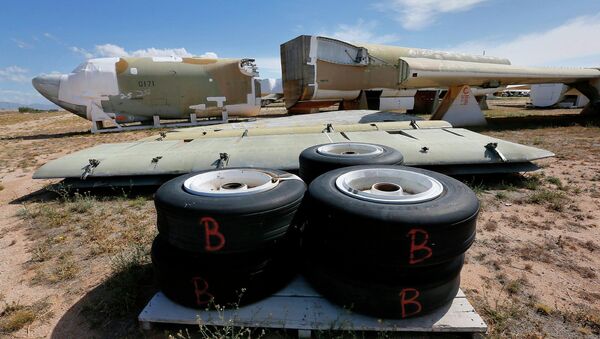 A senior Trump administration official has repeated the president’s earlier claims that the August 8 explosion during the testing of a liquid-propellant rocket engine at a military test site in northwest Russia which left five scientists dead and three others injured was associated with Russia’s hypersonic cruise missile program, Reuters reports.

Speaking to reporters on condition of anonymity, the official suggested that Russia’s efforts in the field of hypersonic cruise missile technology ‘raised questions’ in the administration about the future of the New Strategic Arms Reduction Treaty (New START).

He added that last week’s accident may be a ‘significant setback’ to Russia’s hypersonic cruise missile program, noting that it was ‘unclear’ at this point what caused the explosion.

Following the US exit from the Anti-Ballistic Missile Treaty in 2002, and its scrapping of the Intermediate-Range Nuclear Forces Treaty earlier this month, New START remains the last major nuclear arms agreement between the major nuclear powers. Currently set to expire in 2021, the treaty has a clause enabling it to be extended until 2026.

Russia has expressed an interest in extending the treaty, with Foreign Minister Sergei Lavrov repeatedly speaking about the need to start serious negotiations as soon as possible before 2021 to save the treaty and help maintain global strategic stability. However, some US officials, including Trump National Security Advisor John Bolton, have suggested that the administration probably won’t extend New START, with Bolton himself calling it a “flawed” treaty which did “not cover short-range tactical nuclear weapons or new Russian delivery systems”. 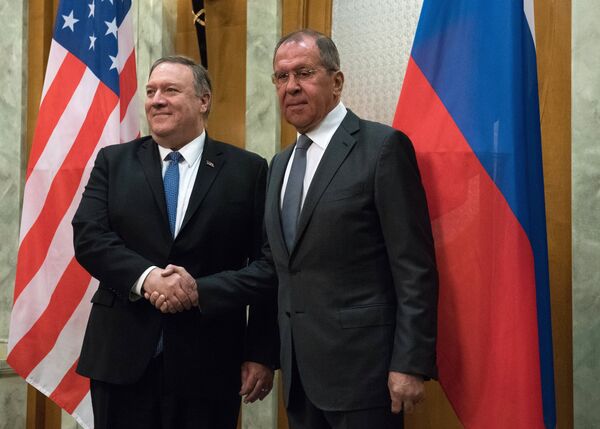 U.S. Secretary of State Mike Pompeo and Russian Foreign Minister Sergey Lavrov shake hands as they pose for a photo prior to their talks in the Black Sea resort city of Sochi, Russia, May 14, 2019
© Sputnik / Ekaterina Lyzlova
/
Go to the mediabank

On August 8, an explosion rocked a military training ground near Severodvinsk in Russia’s Arkhangelsk region during testing of a liquid propulsion system. As a result of the accident, two military personnel and five employees of Russia’s state atomic energy corporation Rosatom were killed. Three other scientists were hospitalised.

Rosatom did not provide details on the specifications of the rocket involved in the accident, saying only that the tests involved “new pieces of armament”. However, President Trump claimed that the system involved was the Burevestnik, NATO reporting name SSC-X-9 ‘Skyfall’, an experimental nuclear-powered and nuclear-armed cruise missile with an unlimited range. Trump claimed that the explosion had “people worried about the air around the facility”, although Russian officials soon noted that the local population’s safety was being ensured by the relevant agencies, and that levels of background radiation were normal.

The Burevestnik (‘Petrel’ or ‘Stormbringer’ in English) was one of six new Russian strategic systems presented by President Vladimir Putin in March 2018 during a speech to officials. Putin said the new systems were aimed at ensuring Russia’s strategic response capability and thus global strategic stability amid the US withdrawal from the ABM Treaty and NATO’s continuing expansion along Russia’s western borders.