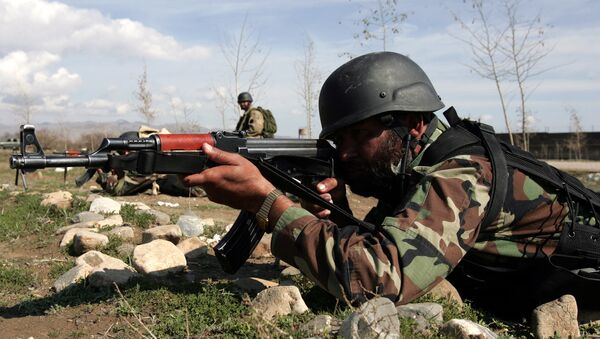 Oleg Burunov
All materialsWrite to the author
Ongoing tensions between Pakistan and India escalated after New Delhi’s recent decision to revoke Article 370 of the country’s constitution on Jammu and Kashmir's special status, in a move that was slammed as illegal by Islamabad.

Speaking to the New York Times, Pakistan’s Ambassador to the US Asad Majeed Khan said that he doesn’t rule out the possibility of Pakistani troops being redeployed from the Afghanistan border to the Kashmir frontier due to the deteriorating political standoff with neighbouring India.

“If the situation escalates on the eastern border, we will have to undertake redeployments,” Khan pointed out, adding that right now, Islamabad is “not thinking about anything but what is happening on our eastern border”.

He predicted a further escalation of the crisis in the immediate future, recalling that over the past week, there has been little communication between the two countries.

“We are two big countries, with very large militaries, with nuclear capability and a history of conflict, so I would not like to burden your imagination on that one. But obviously if things get worse, things get worse”, Khan claimed without elaborating. 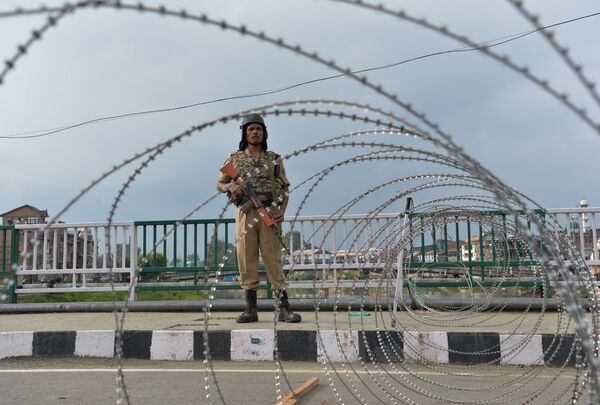 A security personnel stands guard on a street during a lockdown in Srinagar on August 11, 2019, after the Indian government stripped Jammu and Kashmir of its autonomy
© AFP 2021 / SAJJAD HUSSAIN

Indian Army Chief General Bipin Rawat, for his part, assured that the country’s armed forces are well-prepared to counter any action taken by Pakistan.

“Everybody does a precautionary deployment, and we should not get too concerned about it. As far as the Army and other services are concerned, we always have to be prepared," General Rawat told reporters on Tuesday.

The statement followed media reports claiming that the Pakistani military has begun moving military equipment to the country's Skardu Air Base near the India-Pakistan border.

This comes after Pakistan suspended diplomatic relations including all person-to-person contacts and halted bus and train services between the two countries last week. Last Saturday, Pakistan also suspended trade with India, which it had conducted through an integrated check post (ICP) at the Attari border.

The Indian government said in a statement that it regrets Pakistan's decision to downgrade diplomatic ties, urging Islamabad to reconsider the move.

“The recent developments pertaining to Article 370 are entirely the internal affair of India,” the country’s Ministry of External Affairs, in turn, said.

Earlier this month, the Indian government repealed Article 370 of the country's Constitution that had granted special status to Jammu and Kashmir and divided it into two federally-administered territories.

Pakistan strongly opposed what it described as an illegal move, with Prime Minister Imran Khan ordering the creation of a special committee to work out a legal, political and diplomatic response to India's decision on Jammu and Kashmir.