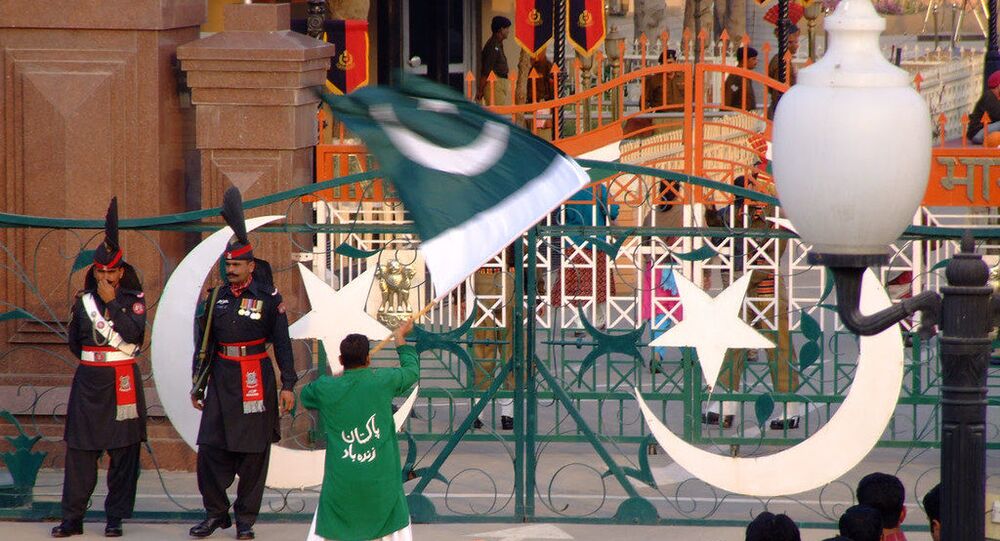 Pakistan has condemned a recent decision by India to revoke Article 370 of the country's Constitution, granting Jammu and Kashmir special status and to separate the state in two federal entities, while giving only one its own legislative body. Delhi has rejected Islamabad's criticism arguing that its actions are totally legal.

Pakistani Prime Minister Imran Khan has taken to Twitter to criticise the actions of the Indian government in Kashmir, likening it to the actions of Nazi Germany in territories it occupied. He further said that the roots of New Delhi's policy lie within the ideology of Rashtriya Swayamsevak Sangh (RSS) - a major Indian right-wing NGO championing Hindu nationalism.

"The curfew, crackdown and impending genocide of Kashmiris in [India-controlled part of Kashmir] is unfolding exactly according to RSS ideology inspired by Nazi ideology. Attempt is to change demography of Kashmir through ethnic cleansing", he said.

The prime minister further argued that like the Nazis, the followers of RSS ideology will expand their activities beyond Kashmir and even beyond India's borders. Khan called on the international community to intervene in the unfolding situation, warning that turning a blind eye to it would be tantamount to signing a new Munich Agreement - a pact between European leaders and Hitler that permitted the annexation of the Sudetenland in  Czechoslovakia by the latter.

"I am afraid this RSS ideology of Hindu Supremacy, like the Nazi Aryan Supremacy, will not stop in [India-controlled part of Kashmir]; instead it will lead to suppression of Muslims in India and eventually lead to targeting of Pakistan. The Hindu Supremacists version of Hitler's Lebensraum. [...] Question is: Will the world watch and appease as they did Hitler at Munich?", he said.

RSS has participated in the foundation and activities of the two predecessors of the Indian People's Party, which currently hold a majority in the Parliament - Jana Sangh and Janata parties. It was founded in 1925 and promotes the strengthening of Hindu culture in the country.

Pakistan, which has been advocating the interests of Kashmir's Muslim population, called Delhi's recent revocation of Article 370 that granted the disputed region special status, "illegal". In a sign of protest, Islamabad expelled the Indian envoy from the country and refused to send a new Pakistani ambassador to Delhi. It also cut off all transport communication with India, as well as all trade.

© AFP 2021 / TAUSEEF MUSTAFA
An Indian Border Security Force (BSF) soldier patrols along a fence at the India-Pakistan border in R.S Pora, southwest of Jammu, on October 3, 2016

New Delhi's decision on Kashmir and Jammu was preceded by an escalation of tensions along the Line of Control, separating the two states, which resulted in an exchange of fire between the sides. Both countries blame each other over for violating a ceasefire reached in 2003.