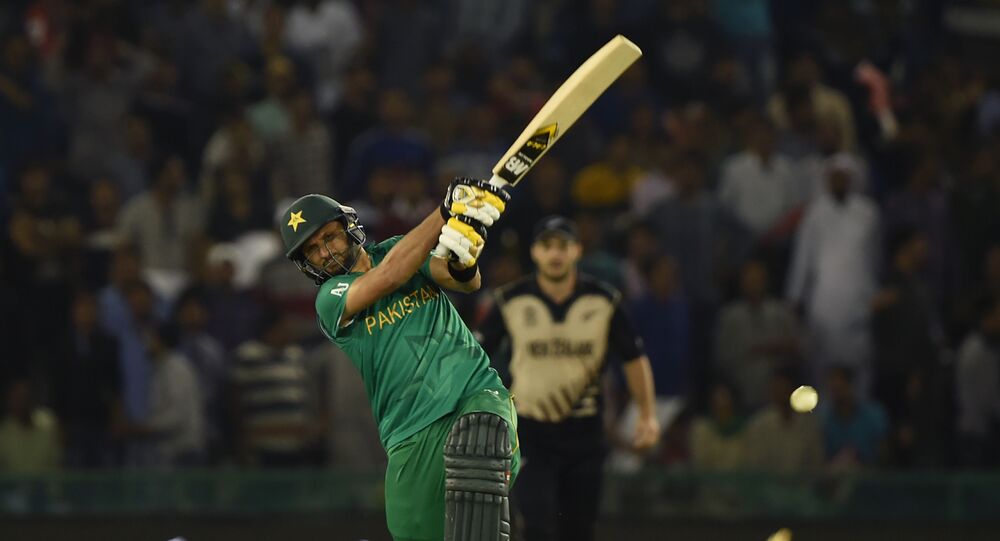 New Delhi (Sputnik): Tensions between India and Pakistan over Jammu and Kashmir soared after New Delhi decided to revoke the territory's special status and split the State into two administrative units on Monday.

Former Pakistani cricketer Shahid Afridi got involved in a Twitter spat with Indian cricketer-turned-politician Gautam Gambhir over the Indian government's revocation of special status for Jammu and Kashmir on Monday.
Given the Pakistan government sensitivities regarding Kashmir, former Pakistani cricketer Shahid Afridi called on the UN to intervene. He even went on to tag US President Trump in his Tweet, urging him to act on his promise to mediate on the Kashmir issue.

​​However, Indian cricketer-turned-politician Gambhir found it the perfect occasion to give Afridi a piece of his mind.
Gambhir reiterated his support for the decision taken by the Indian government on Jammu and Kashmir, and hit back at Afridi, accusing his country of being involved in atrocities in the Kashmir region.

​​The spat between Afridi and Gambhir is no new phenomenon; the rivalry between them has continued since their cricket match playing days.
The duo was involved in an infamous on-field scuffle in 2007 when the Pakistani side was touring India for a bilateral cricket series. Since then, the two players have taken jibes at each other while speaking to the media.
Article 370 of the Indian constitution used to provide special status to Jammu and Kashmir state in terms of a fully autonomous structure and fundamental decision-making rights, excluding matters of defence, foreign affairs, finance, and communications.

Earlier on Monday, the Indian Home Minister Amit Shah, while speaking in the parliament, said that the law impeded the state's growth, hampering the development of democracy and healthcare in the region while fostering poverty and entrenching corruption in the state.

The Government of India thus proceeded to revoke the special status of Jammu and Kashmir on Monday.
Kashmir has been a bone of contention between rivals India and Pakistan since they gained freedom from British rule in 1947.
The two rival nations fought three wars, two of them, over Kashmir. India and Pakistan also had an armed conflict in the Kargil region of Jammu and Kashmir in 1999.