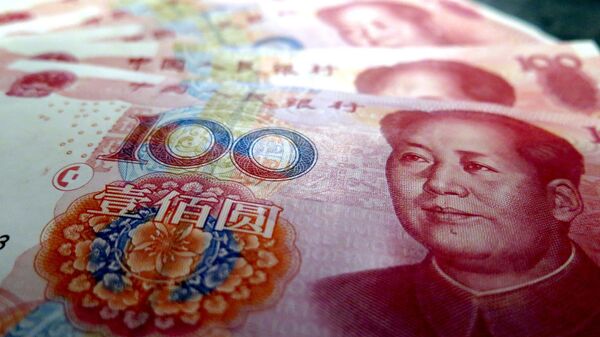 On Monday, US President Donald Trump condemned China's move to devalue the yuan calling it “currency manipulation” and claiming that this will significantly weaken Beijing.

In a statement on Tuesday, the People's Bank of China (PBOC) slammed Washington's decision to designate China as a country which manipulates its currency.

“The US side disregarded the facts and unreasonably labelled China a ‘currency manipulator’. The Chinese side is resolutely opposed to this”, the statement underscored.

The PBoC added that the US’ designation is out of line with the “quantitative criteria set by the US Treasury itself for so-called ‘exchange rate manipulators’ and is wayward unilateralism and protectionism.

The statement comes after US Secretary of the Treasury Steve Mnuchin announced on Monday that the US has designated China as a “currency manipulator”, citing alleged violations by Beijing and the PBOC of “China's G20 commitments to refrain from competitive devaluation”.

He pledged to cooperate with the International Monetary Fund in order to eliminate China's "unfair competitive advantage."

This comes as US President Donald Trump lashed out at China's step to devalue the yuan, describing it as “currency manipulation”.

“This is a major violation which will greatly weaken China over time,” Trump tweeted on Monday.

The remarks followed the Chinese currency nosediving to its lowest-ever level breaching the seven yuan-per-dollar threshold during volatile trading amid fears of an escalation in Beijing’s trade dispute with Washington.

Trump’s announcement was preceded by the US and China wrapping up what the White House described as “constructive” trade talks in Shanghai, saying that China was committed to increase purchases of US agricultural exports.

The Washington-Beijing trade dispute has been simmering since Trump announced in June 2018 that he was imposing tariffs on $50 billion worth of Chinese imports in order to fix what he claimed was "unfair trade practices". Since then, both sides have exchanged several rounds of tit-for-tat measures.