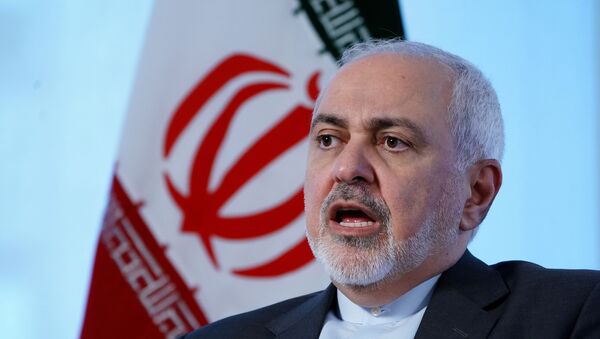 Iranian Foreign Minister Mohammad Javad Zarif knows America inside and out, having studied and lived there for years. That’s why the US sanctioned him earlier this week, Sean Reynolds, the co-coordinator of Voices for Creative Non-Violence, told Sputnik’s Loud & Clear: they fear him as a diplomatic adversary.

“The US administrations associated with [US National Security Adviser] John Bolton have been bent on war with Iran,” Reynolds told hosts John Kiriakou and Brian Becker.

“As a regional rival, we don’t really want much else from them [Iran] but to cease to exist or to cease to be independent of our global system. Iran is a leader in Shia Islam in the region. The Shias are sitting on top of all of the oil … and we don’t want any global or regional power with a history of resisting the US in charge of a resource as valuable as that.”

“We [the US] don’t want a power as democratic as Iran - it’s a theocracy with strong democratic elements in the government - in charge of the region’s oil, because dictatorships are a lot more useful in exploiting that oil, which is why we are such a fierce ally of the brutal Saudi [Arabian] regime as our key agent for keeping control of the world’s energy resources,” Reynolds said.

On Wednesday, Zarif responded to the US sanctions against him, noting that Washington must consider him a “huge threat” to its “agenda.” On Thursday, Iranian Foreign Ministry spokesperson Abbas Mousavi tweeted that the US imposed sanctions on Zarif because they fear his negotiating skills.

"The peak of stupidity and inconsistency of America's leaders is at a point where they don't recognize Dr. Zarif as being influential in Iran's policy but with the ultimate ignorance they sanction him!" Mousavi tweeted. "The Americans have a strong fear of the logic of Dr. Zarif and his negotiating skills.”

Describing Zarif as “charismatic,” Reynolds suggested that Mousavi’s theory may be true.

“He [Zarif] went to school here [in the US]; I think he came over here when he was 17 … he knows the place,” Reynolds told Sputnik. Zarif left Iran for the US at the age of 17 to attend a private college-prep high school in San Francisco, California. He then went on to continue his studies at San Francisco State University and the University of Denver.

“I don’t think [US President Donald] Trump likes a reasoned person speaking to his base. We have to hope that this [sanctioning Zarif] is Trump’s vanity and not Bolton strategizing, because Bolton wants war, and Trump wants Trump,” Reynolds added.

“We treat Iran simply having allies that aren’t ours as evidence that Iran is the region’s … greatest supporter of terror. Our allies in the region [have] committed civilian massacres. Right now, in Yemen, one forecasted number is that the famine that Saudi Arabia’s bombing campaign is driving might have killed 14 million Yemenis. But we support that ally in the region by selling them weapons,” Reynolds pointed out.

“Peace … starts with treating weaker nations as if they have a right to defend themselves. We should recognize we are committing far worse crimes than [countries like Iran],” Reynolds added.

“If we want an Iran that is better for its people, that is more democratic, less oppressive, then giving it the space to do that instead of trying to bomb it into democracy would be the path. The war hawks in the US, including far too many Democrats, have no interest in democracy in Iran.”