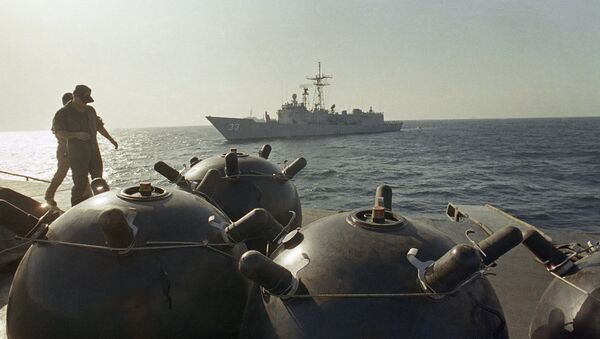 Last week, Russia unveiled to foreign diplomats in Moscow its new concept for security in the Persian Gulf in response to rising global tensions near the region.

The Russian Foreign Ministry has stated that Moscow is concerned by the increasing conflict potential in the Persian Gulf, saying the US seems to be seeking a pretext to start a war.

"We have an impression that Washington is just seeking a pretext to both escalate tensions and pursue its aggressive rhetoric against Iran and proceed to a more active phase of the conflict", Foreign Ministry spokeswoman Maria Zakharova said at a briefing in Moscow.

According to Zakharova, events in the region are "really moving to a dangerous point and there are risks of a large-scale military clash".

"We are concerned over significantly increasing conflict potential in the Persian Gulf region. The situation seems to be moving closer to the red line", Zakharova said at the briefing.

Tensions in the Persian Gulf have been on the rise over the past several months. The situation became especially heated when Iran seized the UK-flagged oil tanker Stena Impero in the Strait of Hormuz on 19 July over what it described as the breach of international maritime regulations. The move came two weeks after Iran's own Grace 1 oil tanker was seized by British Royal Marines over an alleged breach of the European Union's sanctions against Syria.