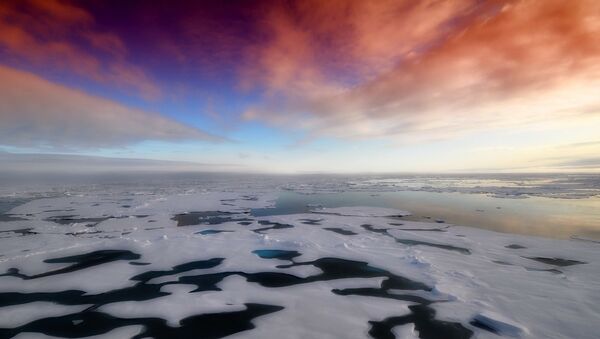 CC0 / Pixabay /
Subscribe
Scientists from Germany have grabbed half a tonne of snow from a polar research station, located in an uncontaminated area of the Antarctic and melted it in Europe to extract single atoms of an isotope of iron that is rarely found on Earth and might be traces of major stellar explosions.

Researchers from Germany have extracted a rare isotope of iron, iron-60, from snow taken from an uncontaminated site in the Antarctic, their publication in the Physical Review Letters says. The particles, which are radioactive and rarely found on Earth, were found in the snow that allegedly fell with the space dust not more than 2 decades ago.

According to the research team, the Solar System is now travelling through the so-called Local Interstellar Cloud. They suggested that this area could have some iron-60 particles, created by stellar explosions over the last few million years, as a previous research revealed. The researchers concluded that these traces of million-year-old supernovae might still reach the surface of our planet.

To prove it they grabbed half a tonne of snow from the Kohnen polar research station, melted the haul in Munich and used a particle accelerator to get single atoms of the rare isotope. After the theories that the iron-60 being from the Solar System or the result of nuclear testing were ruled out, the suggestion that the Interstellar Cloud, our home system have been travelling through for the last 40,000-50,000 years, was created but the major explosion, received strong evidence.

“By ruling out terrestrial and cosmogenic sources, we conclude that we have found, for the first time, recent iron-60 with interstellar origin in Antarctica”, the researchers concluded.

They are now planning to study the Antarctic ice shell to search for the rare isotope in the snow dating back to the time when Earth entered the Local Interstellar Cloud.

000000
Popular comments
Why in the name of the universe everything about so called modern science on so called planet earth has to be destruction or dead?? Explosions, tombs, sacrifice, oh and not to forget, religions and similar cults. But fits the bill, personal I can't recall anything produced by so called modern scientists did any good to the planet, exactly opposite, only destruction is the outcome of their 'scientific' work. Beside that, just another scientific big pile of horsesh..!