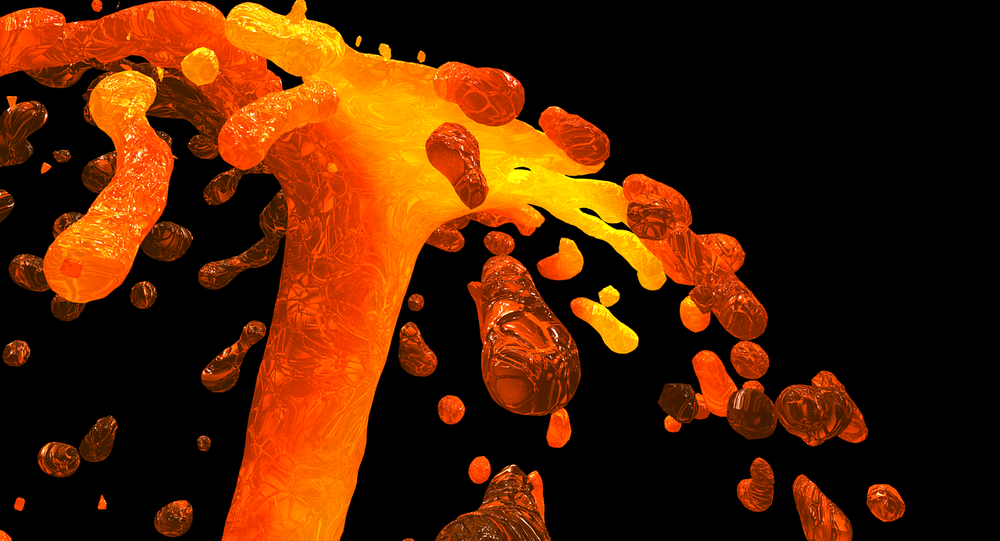 Having spotted the lava lake thanks to satellite imagery, the scientists now consider using an aircraft or a drone to obtain photographs of the volcano.

A rare and surprising discovery has recently been made by scientists from University College London (UCL) and the British Antarctic Survey (BAS), who discovered a vast lake of hot lava on an island located about 1,610 kilometers north of the eastern edge of Antarctica's Weddell Sea, Live Science reports.

The lava lake, located in a volcano on Saunders Island in the South Sandwich Islands, is only the eighth such phenomenon to be discovered on Earth.

The discovery was made via the use of satellite surveillance, with study lead Danielle Gray, geographer at UCL, noting that both the island and the volcanic mountain were "extremely difficult to access, and without high-resolution satellite imagery it would have been very challenging to learn more about this amazing geological feature".

Estimated temperature of the lava lake ranges from 989 to 1,279 degrees Celsius, the media outlet notes.

As BAS geologist Alex Burton-Johnson, scientists now plan to fly an aircraft or a drone over the volcano to snap photos of the lava lake, but such an endeavor might take years to arrange.