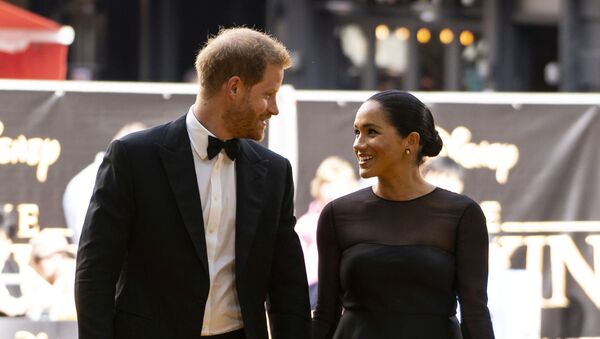 Just a few weeks ago, Morgan hit out at Meghan Markle after claims that her security team prevented people from taking pictures of the Duchess of Sussex at Wimbledon.

UK journalist Piers Morgan, co-host of Good Morning Britain, has mocked Prince Harry’s professed desire to only have two children in order to help save the planet.

“Is this the same Harry who uses helicopters to go from London to Birmingham & whose wife uses celebrity mates’ private jets to cross the Atlantic?” Morgan wrote on his Twitter page.

The journalist, in particular, referred to the then-pregnant Meghan Markle - the Duchess of Sussex and former actress – flying back home to Prince Harry on board a private jet after a baby shower in a plush New York hotel in February.

The hypocrisy of these people is astounding

Hypocrisy at its FINEST

Most celebrities who preach us on "climate change" and "saving the planet" are hypocrites.

Hypocrisy is their motto

Duh! That’s the reason for no more kids. They want to maintain the current lifestyle. Hollywood is loaded with private cars, jets, choppers, but don’t ask for a plastic straw or out you go! pic.twitter.com/OjxlhPmbqP

That pair is so obnoxious

Others, however, expressed sympathy for the Prince.

I prefer the old Harry...

Prince Harry has totally lost it,ever since he has married Meghan M. He repeats whatever BS she tells him. She is almost 40 ,see if it happens with the help of science like the first time.

She has really changed him and not in a good way. He used to be so down to earth and friendly. He seems unhappy. Really sad to see.

I feel sorry for Harry, he’s obviously too weak minded to handle Meghan. She’s destroyed any sense of his own personality in a matter of a year or so. He’s now just a ginger bearded version of her. It’s sad to see.

Earlier this month, Morgan berated Markle after her security team stopped people from photographing her at a Wimbledon event.

“This is so ridiculous, this obsession that her and Harry have about privacy,” Morgan said during a Good Morning Britain show.