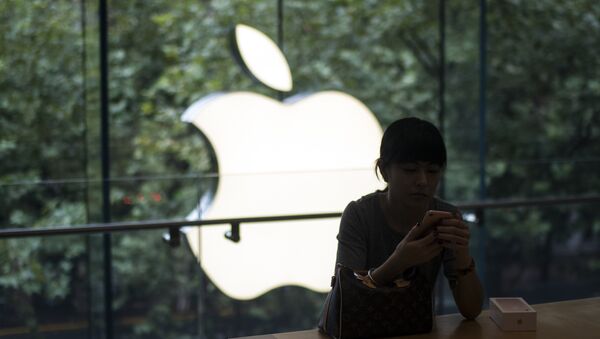 Apple is asking the administration of US President Donald Trump to cancel the 25% duty on components for the new Mac Pro. The company has submitted the appropriate application to the Office of the US Trade Representative.

Donald Trump earlier promised to reduce duties on components, but only if they can no longer be produced anywhere except in China and if their manufacturing does not make a strategic contribution to the development of Chinese industry.

Mac Pro – or a trash can, as it was popularly called for having a similar design is Apple’s most expensive desktop computer. It costs about $6,000 and is intended for a narrow circle of consumers who need extremely high power and performance. These can be designers, video game developers, etc. The previous generation of Mac Pro was made in Texas and it was the only Apple product that the company released in the United States. To that end, a plant was built in the city of Austin in the area of the Texas Enterprise Zone Program (EZP), known more commonly as a “free enterprise zone”. The company received tax breaks of $250,000 a year and also purchased equipment worth $15 million. 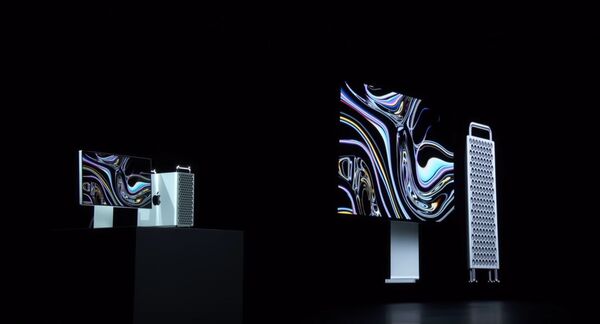 However, it later turned out that it was too difficult to produce even one single model in the USA. The company created 500 new jobs but the average salary of a worker was just over $30,000 a year – very little money by US standards. As a result, as the WSJ writes, people worked exactly from bell to bell, and after 8 hours on shift, they left the production premises, although the line continued to work. There were failures, technical overlays. All this complicated the production process. Ultimately, some components for Mac Pro were still shipped from China, so the company also incurred significant logistics costs.

As a result, Apple decided to move production of the Mac Pro to China. It will be produced by Taiwan-based manufacturer Quanta Computer Inc. and the assembly will be carried out at a factory in Shanghai. Despite all of Trump's statements that the best option for Apple to avoid paying customs tariffs is to return production to the US, it’s almost impossible to do so now. China has a well-established supply chain, a perfect industrial base. For all this to work in the United States it will take many years and enormous investments, an expert from Shanxi University of Finance and Economics Li Kai:

“This event should make the US administration think about the fact that ‘re-industrialisation’ is not an easy matter. Production supply chains operate according to their own laws, rather than relying on directives. And even if some of the production will be taken out of China, they will still be concentrated in the geographical vicinity of the PRC, for example, in Vietnam, Cambodia, or Thailand. In this case, the supply of some components will still be tied to China. The PRC will remain at the heart of this production chain. US authorities say the need to return production to the country but these are pipe dreams. The US economy has been dependent on excessive consumption for far too long. And if you do not carry out internal structural reforms but simply try to put pressure on China, then the United States will ultimately be the losing side. If we look at the course of bilateral negotiations, everything has changed over the year. Previously, the United States spoke to China only from a position of strength. And now, in a sense, the parties are on an equal footing. And the power of China will gradually show itself. When the US is finally able to realistically assess its own positions, then we can expect progress in trade negotiations. So I believe that this Apple case will have a definite impact on trade negotiations”.

Trade negotiations between China and the US resume next week in Shanghai. These will be the first bilateral talks after the rupture in May when the previous 11 rounds failed. The resumption of negotiations is a good sign, although it is hardly worth waiting for breakthroughs after the first round. As US Treasury Secretary Steven Mnuchin, who will be on the delegation going to Shanghai, said in an interview with CNBC that there are too many unresolved issues, so the most likely outcome of the negotiations is the return visit of the Chinese delegation to Washington to continue the talks.

Whether the Trump administration will meet Apple halfway is still unknown. However, keeping tariffs, most likely, will not help the US economy but will only create additional problems for the American company. Apple had previously reported that it was thinking about moving production from China to other Asian countries to avoid duties. That said this is an extremely time-consuming and expensive process. Apple's main contractor, Foxconn, in which almost all products are assembled, began assembling iPhone SE and 6S in India in 2017. However, the scale of production was limited by the needs of the domestic market. There were intentions to transfer part of the production capacity for Apple’s more expensive products to India by the beginning of 2019 but the plan hasn’t been realised so far.

If trade tariffs remain in force, Apple will probably withdraw the production capacity of a cheaper line of its products from China. But premium models, like Mac Pro, will be assembled in PRC despite a barrage of tariffs.

Views and opinions expressed in this article do not necessarily reflect those of Sputnik.