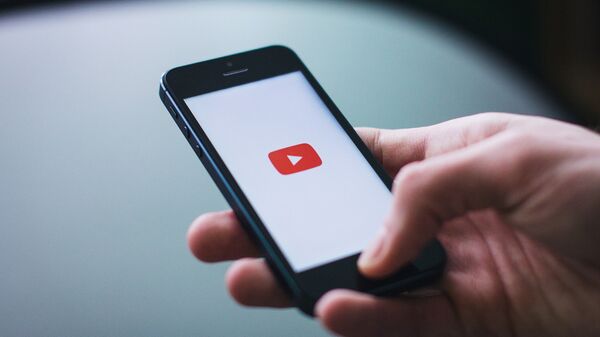 According to former Marine and founder of a group helping US war veterans Chad Robichaux, the Google-owned video platform has deemed the word in question to be “unacceptable content” that violates the giant’s advertisement rules. At the same time, an experiment of his reportedly showed that the word Muslim was permitted.

Head of the Mighty Oaks Foundation Chad Robichaux has complained on Twitter that his organisation, which helps combatants through post-traumatic stress disorder, had been prohibited from tagging its YouTube ad with the keyword “Christian”.

“Insane! Censorship should terrify every American; conservative or liberal, Christian or Muslim. This bias is a dangerous course for America”, he posted.

We ran a @YouTube ad for our veterans ministry outreach for those in need & it was denied for the word “Christian”. Insane! #Censorship should terrify every American; conservative or liberal, Christian or Muslim. This bias is a dangerous course for America. @MightyOaksFDN pic.twitter.com/at5CsAfEht

​The social media team at the Google-owned video-hosting giant soon replied to his accusations, insisting that “religious beliefs are personal, so we don’t allow advertisers to target users on the basis of religion”.

However, this response prompted accusations of double standards against the platform, as Robichaux responded that his organisation had managed to run “the exact same ad with the keyword ‘Muslim’”, which was approved, in contrast to the “Christian” tag. He also insisted that his group had run ads with the keyword “Christian” for years, including garnering 150,000 impressions for that word in the ads this year alone.

“Any org who advertises uses target marketing. It’s marketing 101. If anyone should respect this it should be the largest advertising platforms in the world; google, Facebook, etc.yet, they approved my ad with keyword ‘Muslim’. Muslim, Christian, Jew, etc should all be approved”, he contended.

We ran the exact same ad with the keyword “Muslim” & it was approved but “Christian” was not. Additionally, we’ve ran ads with the keyword “Christian” for years. This year alone we had 150,000 impressions on that word in our ads. As per your support line this is a new restriction pic.twitter.com/1tIeLUeCHS

​The activist also referred to information he got from the company’s support line, which said that this is a new restriction. As he revealed in an interview with Faithwire, Google’s helpline said that the company's new criteria prohibit the word “Christian”. Robichaux insisted that the restriction blocks them from reaching out to people whom they want to help and from operating as a Christian organisation.

"How do we reach the people we're called to reach? We're not a political organization; we're a ministry that's called to serve the brokenhearted, and that's what we're trying to do. How do we operate as a Christian organization if we can't use the word 'Christian?'" he told the outlet.

Google has not commented on the issue apart from the YouTube team’s reply to Robichaux on Twitter.