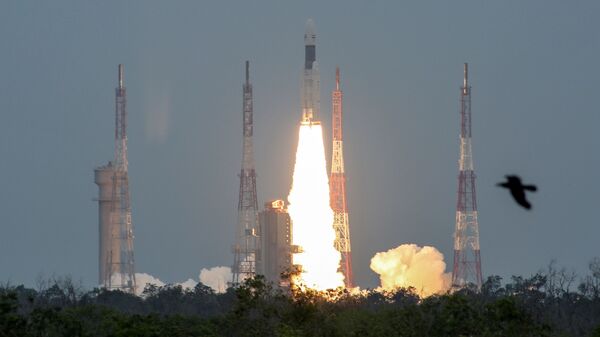 "There is a need to explore effective tactical, operational and strategic exploitation on the final frontier of warfare. We cannot keep twiddling our thumbs while China zooms ahead. We cannot match China but must have capabilities to protect our space assets," Indian daily the Times of India quoted an official as saying while providing the rationale behind conducting such a drill.

The drill is being held four months after India joined the select group of nations having the capability to shoot down a satellite with their ballistic missiles. The tri-service command of the Indian military will monitor the trials dubbed "IndSpaceEx" on Andaman Island in the Bay of Bengal.

In May, the Indian military initiated the formation of tri-service commands to manage space operations, cybersecurity, and special forces, and all these commands are expected to become operational by the end of 2019.

After an anti-satellite missile test in March this year, India stressed it had achieved a new level of "deterrence" capabilities matching those of the US, Russia and China. The development of new deterrence technology as part of its space programme was made a future goal, in contrast to the previous 30 years of exclusively peaceful development.

"We are working on several technologies like directed-energy weapons (DEWs), lasers, electromagnetic pulses (EMP) and co-orbital weapons," Dr Satheesh Reddy, chairman of the state-funded the Defense Research and Development Organization (DRDO) said in a press briefing after the anti-satellite missile test.

This April, the Indian government asked national security adviser Ajit Doval to formulate the country's space doctrine and put into place protocols for exploiting the anti-satellite missile capabilities that the country demonstrated in March. The policies are required to determine whether the state will stick to a no-first-use stance for this newly acquired capability along the lines of India's nuclear posture.