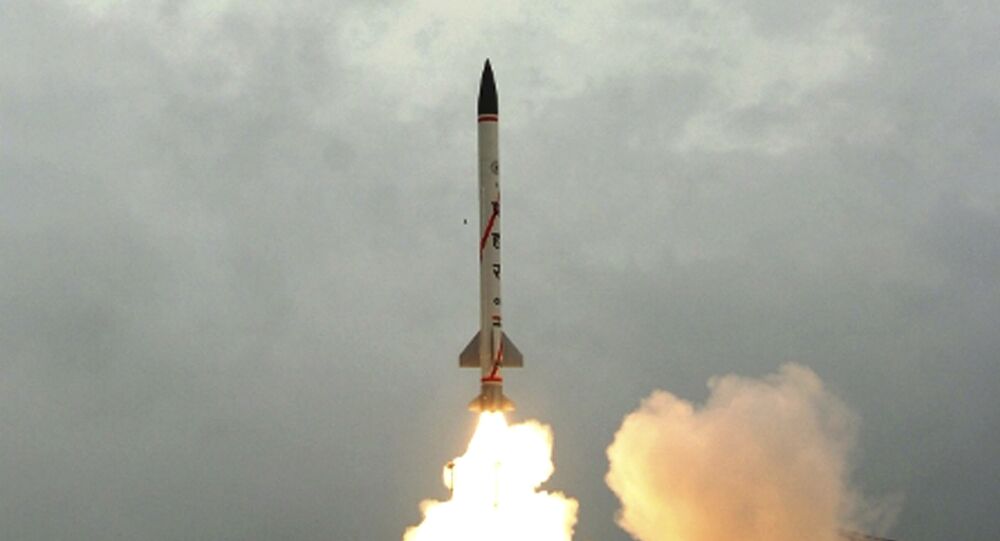 New Delhi (Sputnik) — The Indian government has asked national security adviser Ajit Doval to formulate India’s space doctrine to put in place protocols for the operationalisation of anti-satellite missile capabilities that the country demonstrated in March. India's Ministry of External Affairs, in a statement, said the test was done to verify its capabilities and safeguard the country's space assets.

Brushing aside the concerns of igniting a new space weapons race, India is moving ahead with plans to put in place comprehensive security architecture to oversee its offensive and defensive space weaponry capabilities. This will include the creation of an authority along the lines of the Nuclear Command Authority which can lay down procedures and operationalise them in case Indian satellites are destroyed, or to counter denial of access attacks.

"With the successful test we now need to have a dedicated infrastructure to have both defensive and offensive capabilities and that necessitates laying down of procedure sand protocols and setting a command centre," a senior official involved in the space programme told Sputnik.

Indian space experts agree with the need for a dedicated command centre.

Speaking to Sputnik, a research fellow from Institute for Defence Studies and Analysis (IDSA), Lakshman Kumar Behera said, "Having demonstrated its ASAT capability, India now needs to weaponise the technology and, at the same time, harness all possible space-related military technologies to put in place an effective deterrent against potential adversaries."

© Photo : defenceforumindia.com
India Looks to Roll Out More Space Weaponry After Satellite-Killer Test
The doctrine will be required to decide whether the country will stick to the no-first-use policy of this newly acquired capability along the lines of the country's nuclear doctrine. A space command for the management and operationalisation of A-SAT missiles will also have to be set up. However, many experts assert that ASAT in itself is not a defensive system that could ‘safeguard' any space asset.

"It is an offensive system that could solely be used for retribution in response to an attack on India's space assets. In that sense, the capability can only be used as a deterrent against a potential rival (China seems to be the only threat); a fact which has not found any mention in any statement," said Vinod Kumar, an associate fellow at IDSA.

On the international front, the Chinese Foreign Ministry commented cautiously on India's anti-satellite missile test. "We have noticed reports and hope that each country will uphold peace and tranquillity in outer space," the ministry said.

India's arch-rival Pakistan called on the international community to reverse the militarisation of space.

"Space is the common heritage of mankind and every nation has the responsibility to avoid actions which can lead to the militarisation of this arena," Pakistan's Foreign Ministry said in a statement released on Wednesday.