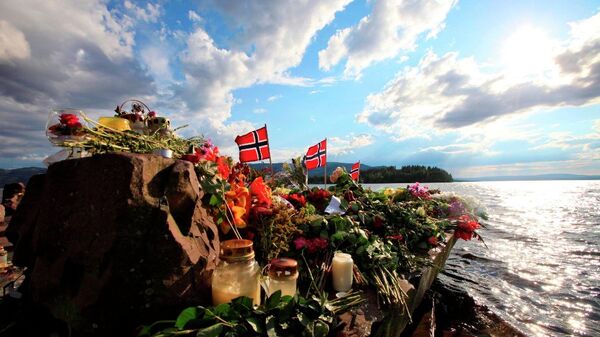 On 22 July eight years ago, Anders Behring Breivik bombed the Norwegian government quarter in Oslo and attacked the Labour Party's summer camp on Utøya Island, killing a total of 77 people.

To emphasise the mark that Anders Breivik's terrorist attacks left on Norwegian society, 22 July will enter school curriculum, as was emphasised during a “remember and learn” event held under the auspices of the July 22 centre and the National Support Group on Sunday evening.

“It is a matter of course that 22 July will enter school curriculum for today's and future generations to learn”, Knowledge and Integration Minister Jan Tore Sanner of the Conservative Party told the Norwegian daily Verdens Gang.

“We never thought it could happen, but it did. And since it did, it means it can happen again. That is precisely why it is important that we become aware of the attitudes and movements, and deal with them accordingly”, Sanner said.

Sanner emphasised the importance of not only having actual knowledge of what happened, but also putting 22 July into a larger perspective.

School scientist and professor Trine Anker of the MF Scientific College stressed that although commemorations have been held in the aftermath of the terrorist attacks in schools across Norway, the emphasis was put on other things than politics and religion. According to her, this is one of the reasons many students still don't have a clear attitude toward 22 July.

“Too little was said about the ideology behind the actions”, Anker told Verdens Gang, adding that some teachers may find it difficult to address the topic.

According to Labour Youth leader Ina Libak, who was shot on Utøya four times, the emphasis must be put on conveying the mindset that led to the terror attacks.

“Now it's been eight years, but also in 80 years we should learn from it. The choices we make now will affect how they will be remembered in the future”, Libak said. According to her, today it doesn't get emphasised enough that it was a “right-wing terrorist attack”. She also stressed that many experiencing the media coverage as “problematic”, as the massacre was simply described as “event” or “disaster”.

According to Sanner, it is important to get proper learning materials that cover 22 July. Sanner suggested that they will serve as tools to help teachers “set the questions right”.

Former Prime Minister Jens Stoltenberg, currently NATO Secretary General, stressed that he is “extremely happy” Norway didn't have to worry about the perpetrator “before we knew anything about him”.

In 2011 Anders Behring Breivik became the deadliest mass murderer in Norway's history, pulling off a dual attack against Oslo's government quarter and the Labour Youth Camp on Utøya Island, killing 77 leaving over 150 wounded. Before the attacks, he disseminated a manifesto, in which he blamed feminism for the “cultural suicide of Europe”, opposed Islam and called for mass deportation of Muslims from Europe.

Brevik was sentenced to a “life imprisonment” of 21 years, Norway's toughest penalty. While in prison, he switched name to Fjotolf Hansen and disavowed his “fascist, national socialist and ethno-nationalist” ideology.