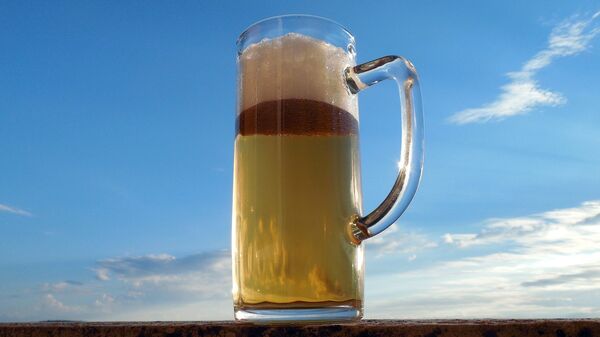 For some reason the company has flipped its position on the upcoming event. Maybe the tons of negative comments had something to do with it.

Bud Light announced on Twitter that it will serve free beer to any alien that is ‘rescued’ from Area 51 in Nevada during the upcoming September raid.

The announcement comes after the company tweeted earlier this week it would like to be “the first company to formally announce that we will not be sponsoring the Area 51 raid,” which was met with a universally negative reaction. Two days later, the company changed its mind.

“Screw it. Free Bud Light to any alien that makes it out,” they tweeted Wednesday.

Screw it. Free Bud Light to any alien that makes it out. https://t.co/AOWOYL3Oyp

​The company has introduced an “Area 51 Special edition” beer can design, made in a phosphorus green color, decorated with a silhouette of an alien face, and captioned with “we come in peace” and “trademark classified.”

​The new announcement comes as a Facebook group prepares a “raid” on the secret US military facility in Nevada, rumored to be where all extraterrestrials captured by the US government are kept.

“We will all meet up at the Area 51 Alien Center tourist attraction and coordinate our entry,” the event description reads. “If we naruto run, we can move faster than their bullets. Lets see them aliens.”

As the group gained massive popularity, with more than 1 million people vowing to take part in the event, the US Air Force has issued an official warning to strongly discourage civilians from attempting to infiltrate the area.

“[Area 51] is an open training range for the US Air Force, and we would discourage anyone from trying to come into the area where we train American armed forces,” a spokesperson for the base said last week.