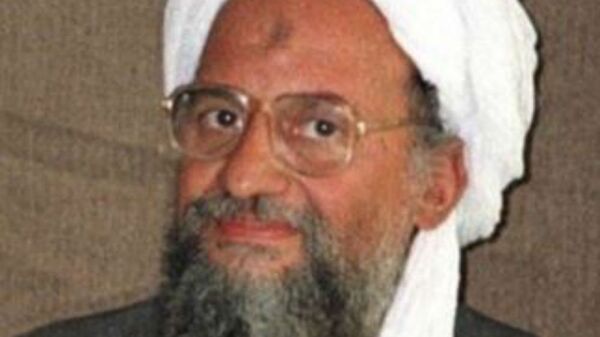 © Wikipedia
Subscribe
New Delhi (Sputnik): Rubbishing Al-Qaeda chief Ayman Al-Zawahiri’s threat, the Government of India on Thursday, said it is not at all worth its mention from a higher authority as the government "doesn’t want to dignify" what the terror group head has said.

‘Indian External Affairs Ministry spokesperson Raveesh Kumar said that the Indian armed forces have "capability and are equipped to tackle such threats".

“Such threats we keep listening to, and have been issued time and again. I don’t think we should take it seriously," Kumar said in the weekly press briefing held in New Delhi on Thursday.

On Wednesday in a 14-minute video, Zawahiri appealed to terrorists instructing them to “single-mindedly focus on inflicting unrelenting blows on the Indian Army and government, so as to bleed the Indian economy and make India suffer sustained losses in manpower and equipment”.

Zawahiri’s call came on the backdrop of reports of declining trends of infiltration and in the numbers of young men who joined extremist organisations this year.

Government records show that local recruitment declined by 40%, and the number of terrorists that were neutralised increased by 22% compared to the first six months of 2019 in comparison to 2018.

Proclaiming the trend in parliament, Indian Defence Minister Rajnath Singh said: “The security forces have kept a check on terrorists’ activities. As of now, there is a crisis of leadership and resources among the terrorists.”

Al-Qaeda, which operates in Kashmir as "Ansar Ghazwat-ul-Hind", has been facing a leadership crisis as Indian security forces have eliminated its members in large numbers for the last two years.

Zakir Rashid Bhat alias Zakir Musa, the founder of the Ansar Ghazwat-ul-Hind, was also killed in an encounter in May this year.