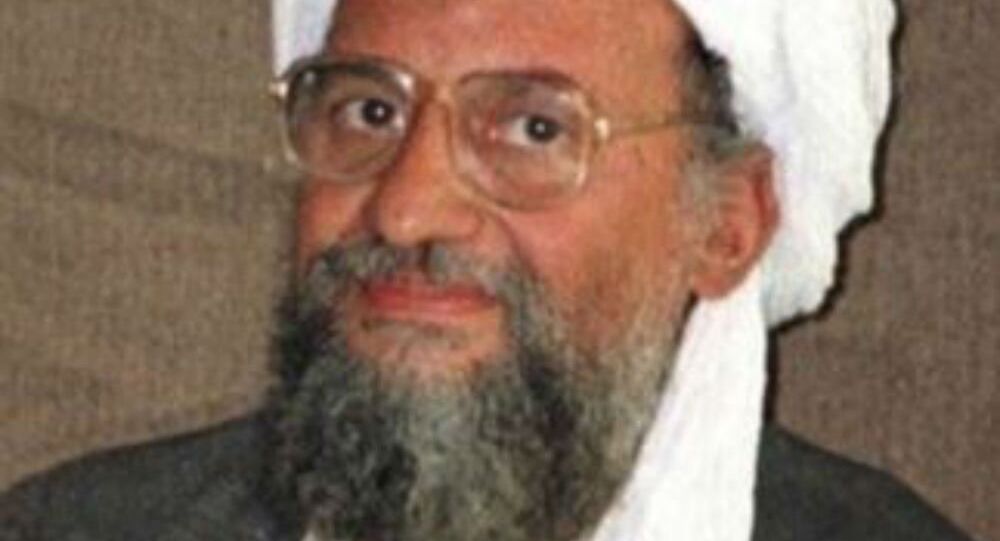 New Delhi (Sputnik): India’s investigation and intelligence agencies are likely to be in a greater state of high alert following al-Qaeda chief Ayman al-Zawahiri's latest video message to separatists in the northern Kashmir Valley to bleed the Indian economy through unrelenting terror attacks.

The recorded video released through the media wing of al-Qaeda shows an old and frail Ayman al-Zawahiri addressing his intended audience in Arabic.

“(I am) of the view that the mujahideen (freedom fighters)  in Kashmir — at this stage at least — should single-mindedly focus on inflicting unrelenting blows on the Indian Army and government, so as to bleed the Indian economy and make India suffer sustained losses in manpower and equipment", the English language daily The Times of India reported him as saying.

Netizens reacted with dismay to this fresh threat from the former Egyptian surgeon and now one of the world’s most wanted terrorists, who is suspected to be hiding in Pakistan.

#Zawahiri is back. Someone please eliminate this rat. https://t.co/CXUP2wottC

This is the first time he has released a message on #Kashmir.#Zawahiri said "jihad is for the sake of #Allah (meaning for the purpose of implementing #sharia) as opposed to a struggle for the sake of international criminals,” referring to #Pakistan. pic.twitter.com/Qrxj4sjMVY

However, there was also criticism of The Times of India over its editorial intent in publishing details of the video message.

​Reprimanding Pakistan’s key intelligence agency – the Inter-Services Intelligence (ISI) --  for failing to capture Kashmir, Zawahiri, apparently using the help of a teleprompter, further said gaining control of Kashmir is part of the global Islamic jihad against several forces and must not be seen as a conflict to be fought in isolation.

In his latest video, he also called the Pakistani Army and its government “toadies of America”.

Zawahiri, however, did not mention any Kashmiri names, but at the end of the video, pictures of slain terrorists Musa, Burhan Wani (a commander of the Hizb-ul-Mujahideen) and Afzal Guru (a Jaish-e-Mohammad member who was hanged for his role in a December 2001 terror attack on the Indian Parliament) were flashed.