India Vows to Make Low-Cost 5G, AI Products for Masses Ahead of Trial 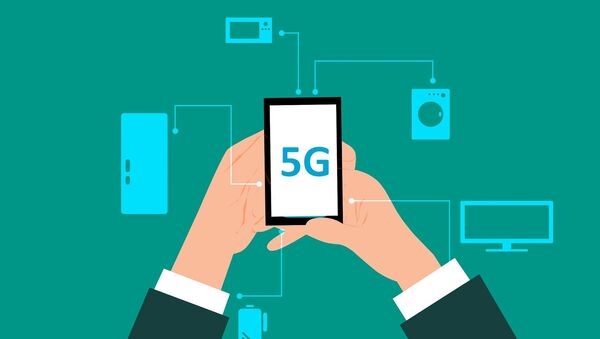 New Delhi (Sputnik): India's Minister of IT and Communication Ravi Shankar Prasad has vowed to build high-tech products at a low cost, so common people can access artificial intelligence and 5G as early as possible.

The minister said while outlining the ambitious vision for Digital India 2.0, that with trials of the 5G network starting within the next two months, it is the responsibility of the government and industry to provide low-cost products to speed up the spread of the full range of services.

"How can we come up with low-cost AI products to leverage their capacity into the hinterland of India?" Prasad asked while urging the ministry officials to come up with policy sooner so that the digital appetite of the country, especially rural areas, can be met.

Indian Prime Minister Narendra Modi, while meeting US President Donald Trump on the sidelines of G-20 annual summit in Osaka, emphasised that New Delhi would give preference to companies which can help the country develop 5G products and equipment under the 'Make in India' program.

Last week, it was reported that the Indian government will allow the Chinese tech giants Huawei and ZTE to take part in the impending 5G trial. The decision will be based on a high-level committee which will submit its recommendation in the next few days. These recommendations will be based on various issues, including security and relating to 5G Technology Trials in India. So far six proposals have been received by the government "including those from China’s ZTE and Huawei" for 5G technology trials in India.

The Indian government has already been working with telecom service providers and original equipment manufacturers on technological studies. The minister said the government has prepared a road-map to develop India as a $1 trillion digital economy.