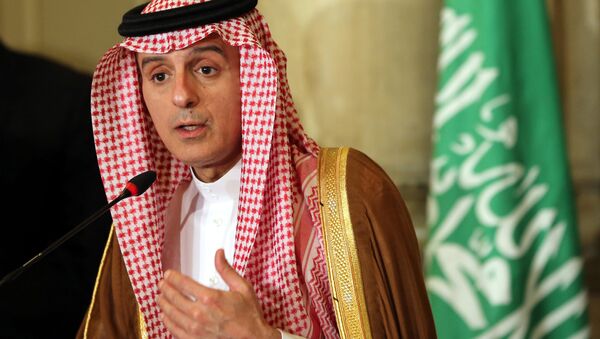 The White House’s ‘deal of the century’, aimed at ending the Israeli-Palestinian conflict, has yet to be unveiled in full but Palestinian representatives have nonetheless rejected it in advance, calling for a political solution.

The Minister of State for Foreign Affairs of Saudi Arabia, Adel Jubeir, said in an interview that every nation in the region must accept a Palestinian decision regarding Washington’s Middle East peace plan.

“I think anything that improves the situation of the Palestinian people is something that should be welcomed. Now having said that, the political process is extremely important,” he said in an interview. “The Palestinians are the ones who have the ultimate decision in this, because it’s their issue and so whatever the Palestinians accept I believe everybody else will accept."

Earlier this week, US President Donald Trump’s senior advisor and son-in-law, Jared Kushner, gave a sneak peek into the economic part of the US ‘deal of the century’ peace plan, involving an investment of $50 billion to Palestinian territories and surrounding states. The political part of the plan, however, intended to end the long-lasting conflict between Israel and the Palestinians, remains secret. The entirety of the plan will be released by Kushner in the Bahraini capital city of Manama next week.

Representatives of both the Palestine Liberation Organization (PLO) and the Hamas movement rejected Kushner’s plan in advance, stressing that economic measures will not solve the conflict, and called for a political solution.

Palestinian leader Mahmoud Abbas also expressed skepticism for the plan, saying that he was “certain that the workshop in Manama will not be successful.”

Commenting on the Palestinian position, Kushner criticized Palestianian leaders for attacking a plan they have not seen.

“This is going to be the opportunity of the century if they have the courage to pursue it,” he said, according to a recent report from The Guardian.

The Palestinian representative has refused to attend the meeting in Manama, and as a result the White House chose not to invite Israeli officials as well.