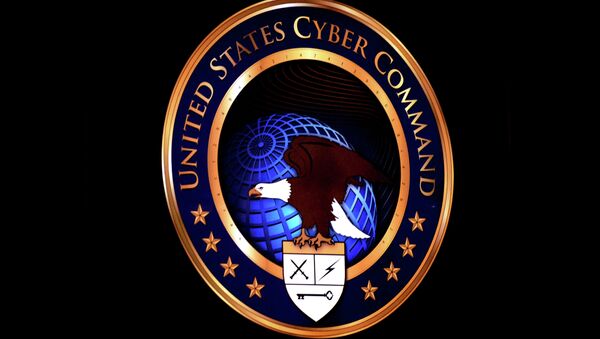 © AP Photo / Department of Defense, Cherie Cullen
Subscribe
Iranian cyber-intelligence operatives are said to have hacked into a ship tracking website to track civilian vessels and used other measures to track US military ships, according to former US officials.

The US Cyber Command launched a retaliatory strike Thursday against what is said to be the Iranian intelligence group allegedly responsible for last week’s bombings of two oil tankers, according to Yahoo News report, citing two unnamed former intelligence officials.

According to the report, an undisclosed intelligence group, which has ties to Iranian Revolutionary Guard Corps (IRGC), has “hacked” into marine traffic tracking websites and gathered information about civilian vessels, and somehow digitally tracked military ones operating in the Strat of Hormuz. The report does not disclose why Iranian needed to hack into a website openly available for anyone on the Web.

The US Cyber Command did not immediately respond to a request for comment when contacted by reporters on Friday, The Hill report says. The scale of the secret cyberattack is undisclosed.

According to officials, Iranian cyber intelligence has ramped up its efforts to gather information on ships in the region. Secretive Iranian cyber spies used to rely on fake social media accounts using images of almost naked women to attract naval officers, according to James Lewis, a cyber expert at the Washington, DC-based Center for Strategic and International Studies. Oblivious to Iranian honey traps, US sailors eagerly disclosed ship location and destination, the former intelligence officials said.

The alleged US cyberattack comes in the wake of several weeks of mounting tension in the region escalating after two tankers were attacked in the Gulf of Oman. The US blamed Iran for the attack, which Tehran denied, adding that it does not seek to go to war with any nation.

Earlier this week, Iran shot down a US spy drone, which Tehran claims had invaded Iran airspace, to send a “clear message” to Washington that the Islamic republic will defend itself against US military provocations.

On Friday, US President Donald Trump did not order a missile strike against Iran, claiming that he did not want to kill an estimated 150 Iranians in retaliation for a downed unmanned drone.

000000
Popular comments
The only mounting tension in the mid-east has been caused by US aggression against Iran. Blaming them for their false flag of bombing ships to flying drones and spy planes over Iran.
parkerjoe
22 June 2019, 07:20 GMT6
000000
Here is your news input these days; all speculative and no sources ever revealed. Enjoy Western media fiction: ".... allegedly responsible for last week’s bombings of two oil tankers, according to Yahoo News report, citing two unnamed former intelligence officials."