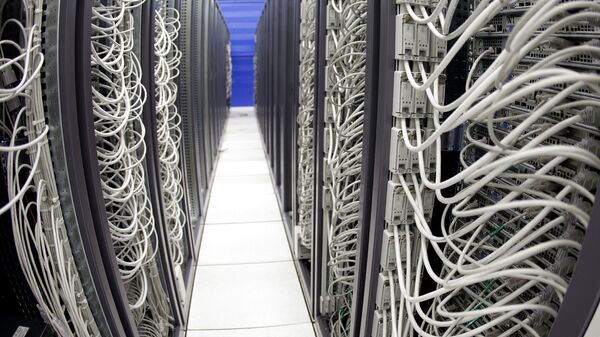 The report comes a year after President Trump handed over the digital offence and defence domain to a narrowly specialised Pentagon arm called the US Cyber Command.

The US is escalating digital incursions into Russia’s electric power grid in an attempt to warn Russian President Vladimir Putin and show off how aggressively the Trump administration is deploying cyber-tools, The New York Times wrote, citing current and former government officials.

The edition says that the administration declined to describe the specific actions it was taking under the new powers that were granted last year by the White House and Congress to the special US Cyber Command, the arm of the Pentagon that specialises on the military’s offensive and defensive online operations.

According to the cited officials, the US has conducted reconnaissance probes into the control systems of the Russian grid since at least 2012. They remarked, though, that American policies have now shifted more to offence, placing “potentially crippling malware inside the Russian system at a depth and with an aggressiveness that had never been tried before”, the newspaper wrote. However, it went on to say that the head of the US Cyber Command, General Paul Nakasone, and POTUS Trump’s National Security Adviser John Bolton declined – through their spokespeople – to comment on if there were increased incursions into Russia’s grid.

Meanwhile, on Tuesday, Bolton pointed out at a Wall Street Journal-sponsored conference that the US was now taking a broader perspective on potential digital targets as part of a comprehensive effort “to say to Russia, or anybody else that’s engaged in cyber operations against us, ‘You will pay a price’”.

“We thought the response in cyberspace against electoral meddling was the highest priority last year, and so that’s what we focused on”, he stressed, adding that they are “now opening the aperture, broadening the areas we’re prepared to act in”.

US officials have more than once accused Russia of undertaking  malicious "cyber intrusions," with Special Counsel Robert Meuller's report charging Russian military intelligence with hacking into the email accounts of Clinton campaign employees and the Democratic National Committee's servers during the 2016 election. WikiLeaks and its founder Julian Assange have consistently denied Russian state involvement in the the DNC email dump, telling US media in late 2016 that while they could not reveal their source, "it wasn't a state party."

The Mueller report, released in April, concluded that President Donald Trump's campaign team did not collude with Russia during the 2016 vote. However, the report separately described 10 episodes regarding Trump's actions that may constitute possible obstruction of justice. Russia has repeatedly denied any claims of interference in the US political system, stressing that the allegations were made up to excuse the election loss of Trump's 2016 opponent Hillary Clinton, as well as to deflect public attention from actual instances of election fraud and corruption.

The Russian side has notably proposed global cooperation to fight common threats including hacking and fake news. Last year, Kremlin spokesman Dmitry Peskov lamented that Russian proposals in this direction had been rejected, adding that some countries appear to prefer "demonizing" Russia to open and fair cooperation.