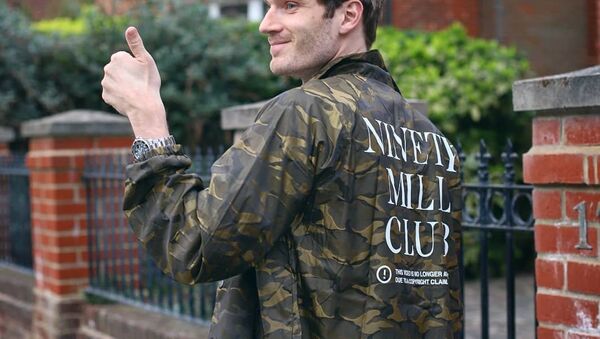 © Photo : pewdiepie/instagram
Subscribe
A weekly gaming event called “Friday Fortnight” is set to bring together the two gaming megastars and Internet personalities, who will use their overwhelming followings to boost the game’s ratings.

As both are well-known internet personalities, their team-up for the upcoming weekly event dubbed “Friday Fortnight” is expected to draw a greater number of users to the platform.

PewDiePie, although an amateurish player of the game, celebrated becoming the biggest "Fortnite" streamer in February, as after an hour-and-a-half tournament, while he tried his hand at the game for the very first time, he reported having accumulated 300,000 viewers of his video, thereby outrunning all the streamers on Twitch combined.

"We did it, we broke the world record", PewDiePie said after his first time playing the game, according to the newspaper Metro. “Let this be an inspirational message for all of you. The biggest ‘Fortnite’ streamer”.

Ninja is meanwhile viewed as the strongest “Fortnight” player on the planet, having topped all the video streaming platforms’ ratings. On YouTube, he can boast more than 22 million subscribers, albeit trailing far behind PewDiePie with his staggering 96 million.