Just When America Thought it Was Safe to go Back in the Water, Jaws is Back! 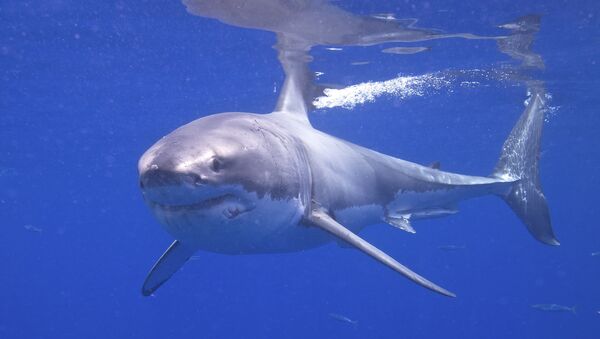 CC BY 2.0 / Elias Levy / Great White Shark
Subscribe
International
India
Africa
In the classic 1970s movie Jaws, Roy Scheider plays a police chief in New England who wants to close the beaches after a shark kills a young woman. He is overruled by the local mayor, with tragic consequences.

Forty years after cinema audiences were first terrified by the thought of Great White Sharks, the people of Cape Cod in Massachusetts are facing the real thing and are completely divided on how to tackle the threat.

Last summer two people were mauled by a great white, one of whom Arthur Medici, 26, died of his injuries.

He was attacked while using a boogie-board at Newcomb Hollow Beach near Wellfleet.

Medici's death was the first fatal shark attack in Massachusetts since 1936.

​His aunt, Marisa Medici, said she had begged him not to go in the water after 61-year-old William Lytoon was bitten by a shark just a few feet from the shore at Truro.

"Always I asked him, 'Don't go. Please, don't go.' He'd say, 'Aunt, they're not going to bite me. The sharks don't bite me. I'm Superman!' He was always making jokes about himself. And when it happened, I couldn't believe it was him, that it happened to us," she told the Boston Herald.

A shark safety report has been commissioned from the world-leading Woods Hole Oceanographic Institution and will be delivered next month, to coincide with the start of the summer vacation season.

The shark threat has created a polarisation of the community with "hawks" arguing for a shark cull and "doves" calling for more environmentally-friendly strategies.

She says warning systems should be introduced to get people out of the water if a great white approaches the beach, rather than more aggressive tactics against the animals in their natural environment.

But Ronald Beaty, a commissioner for Barnstaple county, said shark protection has to play second fiddle.

"It's super polarising," Doyle told The Times. She said some towns wanted to close the beaches while others were worried about how it would affect the tourist industry.

Scientists say the number of sharks entering the waters off Cape Cod has risen significantly, almost certainly drawn by the growing population of seals, one of their favourite prey.

​But while there are fears around the great white shark, researchers in Cape Cod have also announced a boom in numbers of the North Atlantic right whale, one of the rarest species on the planet.

The Center for Coastal Studies in Provincetown, Massachusetts, said two mothers and a pair of calves had been spotted in Cape Cod Bay on Thursday 2 May.

The whales give birth off Florida in the winter and travel to feeding grounds off New England in the spring. There are believed to be only 400 in total.