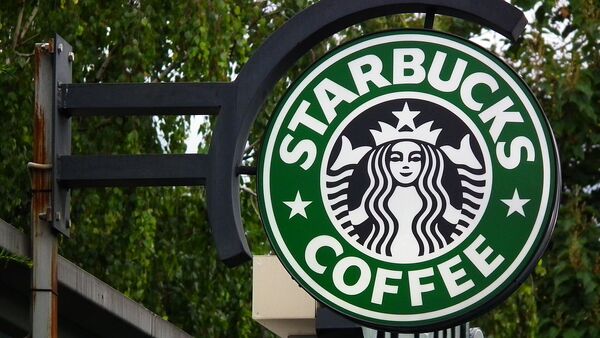 CC BY-SA 3.0 / 4028mdk09 / Starbucks Coffee
Subscribe
The creators and editors of Game of Thrones spent two years working on the eighth and final season of the epic show, but have somehow failed to spot a minor, but oddly modern, detail that may have ruined the post-battle Winterfell vibe.

Eagle-eyed viewers of Game of Thrones Episode 4, “The Last of the Starks”, have inundated social media upon realising that a boozy celebration of the victory over the Night King in Winterfell’s hall has been ruined… by a Starbucks cup that was certainly not supposed to be in the shot.

For those of you who didn’t think the Starbucks cup gaffe was real, I went back to watch it and—#GameOfThrones pic.twitter.com/xNz2iBHySH

Probably the world’s most recognisable coffee cup makes a Westeros cameo at roughly the 17:40 minute mark and is placed right in front of the Mother of Dragons, Daenerys Targaryen, in a scene, which shows party animal Tormund Giantsbane toasting Jon Snow following the battle with the dead.

#GameofThrones
Seriously they have Starbucks in winterfell. pic.twitter.com/UWCswRsXPC

They really took 2 years to make 6 episodes and left a Starbucks cup in a scene #GameofThrones pic.twitter.com/90Li696AmM

Yes, apparently, Starbucks in House Stark is a real thing… well, at least people on the Internet think so. In fact, some joked that the coffee chain’s original name was “Starkbucks”:

Fun Fact: Starbucks was originally called “Starkbucks” and was founded shortly before the Battle of Winterfell #GameOfThrones pic.twitter.com/i66SZbixi4

I found where she got the Starbucks cup from #GameofThrones pic.twitter.com/46XztK2QjV

After the Starbucks cup scandal on #GameofThrones many fans are now reporting a Starbucks sigil in the #GoT opening pic.twitter.com/AaZOs5593s

When you realise there is no Starbucks branch in king's landing. #GameOfThrones pic.twitter.com/DDYRQqwx7D

Naturally, the blunder was turned into an instant meme, with many netizens poking fun at how difficult it would be for a Starbucks cashier to get Daenerys’ full name:

— Daenerys Stormborn of House Targaryen, First of Her Name, the Unburnt, Queen of the Andals and the First Men, Khaleesi of the Great Grass Sea, Breaker of Chains, andMother of Dragons#GameOfThrones #GOT #GOTS8E4 pic.twitter.com/47j00qMX8x

Still wondering how all her names fitted on that grande cup

Many fans have noted that it was not the first time that a coffee cup has made a surprise appearance on HBO’s mega-hit:

Everyone freaking out about the Starbucks cup in a Game of Thrones episode is also forgetting about this masterpiece of television from a few seasons ago pic.twitter.com/qADPueM9Fu

guys this starbucks coffee fiasco isn't nearly as bad as the time Jaime had both his hands AND was holding a coffee a couple seasons ago #GameofThrones #DemThrones pic.twitter.com/FKaPVslxvO

The gaffe is pretty awkward given how closely Game of Thrones is watched, and Timothy Burke, Deadspin’s former video director, has come up with a theory as to why the cup may have been there.

He tweeted that the horns seemed to be filled with latte instead of wine, since viewers can see a brown liquid spilling out. The producers may have simply forgotten to throw the cup away after a refill.

i believe the Starbucks cup is there because the steins and horns were full of lattes, not wine pic.twitter.com/eQzyjcFO0C