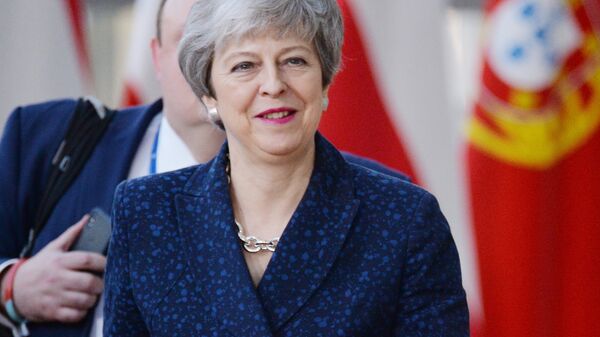 With Brexit delayed at the recent EU summit until as late as 31 October and a compromise plan off the immediate agenda, the political vacuum has been filled by manoeuvres to remove Theresa May from 10 Downing Street.

Brexit talks between government ministers and Labour are set to resume Tuesday. However, expectations of a breakthrough remain muted, as the focus has shifted to reinvigorated efforts by Conservatives to oust Theresa May from Downing Street.

In the Brexit talks, which were put on hold before the Easter holiday, with Labour saying it had yet to hear a possible government compromise plan, a government team including David Lidington, May’s de facto deputy, and Brexit Secretary Steve Barclay is to meet Barclay’s Labour shadow, Keir Starmer, the shadow business secretary, Rebecca Long-Bailey, and others at the Cabinet Office.

More talks have been scheduled, but as of yet, none are scheduled to include PM May or Jeremy Corbyn.

READ MORE: British Conservatives Plotting to Force Theresa May Out Over Brexit Delay
Meanwhile, Theresa May has been under relentless pressure to set a date for her departure, with the executive of the 1922 Committee, which represents Conservative backbenchers, scheduled to meet on Tuesday. Its chair, Graham Brady, is reportedly planning to tell the prime minister she must depart before the end of June.

According to party rules, Theresa May is now immune for another year after surviving a no-confidence vote back in December, triggered by enough Conservative MPs writing to the backbench 1922 Committee to request a challenge.

A series of reports have said the committee could instead pressure May, who has promised to step down once a Brexit deal is passed, to provide a guaranteed date. Brady was due to tell the PM that it should be no later than 30 June, according to ITV reports.

According to another committee source, no decisions had been made, and most of the reports about attempts to remove May “have only reflected the views of one or two members”.

READ MORE: Boris Johnson Leads the Race to Replace PM Theresa May — Poll
Nonetheless, there has been growing sentiment among Tory MPs that the PM should be deprived of their support. The Guardian cites an unnamed moderate MP as saying he thought it would be “sensible and logical” for Brady to pressure May to go soon, adding that in his opinion, she seemed to be mainly staying on out of a sense of stubbornness.
Separately, it has emerged that May will face a no-confidence motion from a group representing Conservative grassroots members.

According to reports, next month, the National Conservative Convention will be forced to call an emergency meeting to hear the motion after enough local party chairs signed a petition supporting the move. Albeit only advisory, such a vote would place further pressure on May to go.

Originally, the United Kingdom was to finalise its divorce from the European Union on 29 March, but Theresa May's government failed to secure support for its withdrawal agreement before the deadline, prompting London to seek an extension to avoid a no-deal scenario.