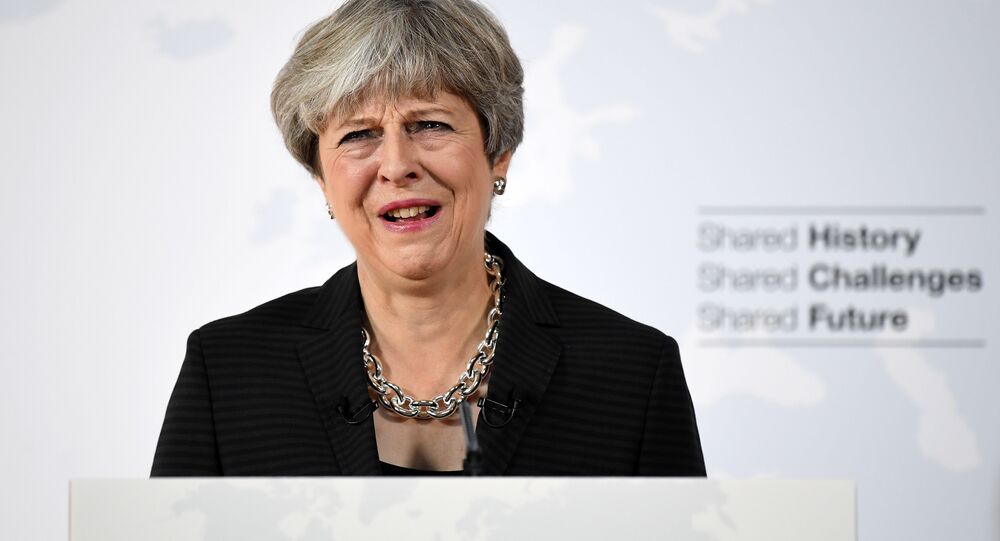 British Conservatives Plotting to Force Theresa May Out Over Brexit Delay

Although the UK prime minister, who is still struggling to get the British Parliament’s backing for her terms of leaving the EU, survived a no-confidence vote last December and is supposed to be safe until the end of this year, she can hardly be relieved. Her fellow Tories are stepping up pressure that may turn into a new humiliation for her.

Senior activists from the British Conservative Party have gained enough signatures for a petition demanding an emergency meeting of the Tory’s national convention, The Daily Express reports, citing sources involved in the matter. According to them, at least 65 constituency associations have supported the plea, aiming to overthrow UK Prime Minister Theresa May after what it called a “spectacular failure to deliver” Brexit. The petition points out that the promised exit from the EU has been delayed twice, branding her the wrong person to negotiate the deal with other bloc member states.

“It’s a farce. If she’s not capable of doing the job, then somebody comes forward that is because this just can’t go on”, the insiders revealed, as cited by the outlet.

The meeting and another no-confidence vote could be held in at least 28 days. Even if fellow party members vote her down this would not be enough to oust her as she already survived a no-confidence challenge in December 2018, making her immune until the end of this year. There is also an option of changing the relevant party rules, which however, would take more time.

READ MORE: Everyone Wants Brexit Apart From the Establishment

But as the outlet points out, this would not save her from a fresh humiliation and extra pressure to go as she would apparently lose the Tory volunteers’ backing. The strike is said to come in the wake of poll results, which promises the prime minister and her party nothing pleasant in the upcoming local and European elections in May.

The outlet cites the Survation poll, noting that three-quarters of respondents want her to step down, while 43 percent wish for her to do it immediately. Additionally, 40 percent of her own advisors are said to be ready to back Nigel Farage's Brexit Party.

The UK was supposed to finalise its divorce from the European Union on 29 March, but Theresa May's government failed to secure support for its withdrawal agreement before the deadline, which prompted London to request an extension to avoid a no-deal scenario. Following a European Council special meeting, held on 10 April, London received a flexible Brexit extension until 31 October.