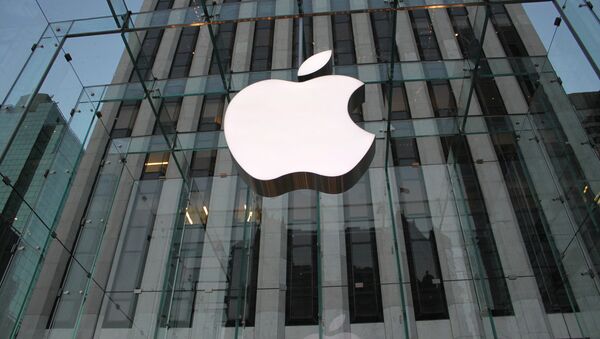 A New York man is suing Apple, alleging the company’s facial recognition security system misidentified him as a thief.

Ousmane Bah, 18, of New York, has filed a federal lawsuit against Apple for $1 billion after New York police arrested him for crimes he says he couldn't have committed and using a warrant with a picture that "looked nothing like" him.

Last November, NYPD officers arrested Bah at his home in a 4 a.m. raid on suspicion of having stolen from an Apple Store in Manhattan. Bah was also charged with a slew of thefts from Apple Stores in Delaware, Massachusetts and New Jersey, including one purloining in Boston of $1,200 worth of products. However, even the police serving the warrant admitted Bah didn't look like the man in their photo.

NYPD eventually let Bah go, having determined he couldn't be the suspect. Two other cases have been dropped, too, although the one in New Jersey is still pending.

According to the lawsuit, filed by Bah's lawyer in the US District Court for the Southern District of New York on Monday, one of the NYPD detectives told him the false positive leading to his arrest came from Apple's store security, which "identifies suspects of theft using facial recognition technology."

"This fact is concerning, particularly in light of the fact consumers are not generally aware of Defendant's use of facial recognition technology within its security system," the lawsuit, which also names security company Security Industry Specialists as a defendant, reads. "Presumably, Defendant's security system scans consumers' faces to look for matches on a list of suspects."

However, Apple denied to the Washington Post Tuesday that it uses the tech in its stores to spot shoplifters, although the company wouldn't comment on the suit. Apple does have a form of facial recognition technology, however, in its newer models of iPhones and iPads.

Bah's attorney told the Post that his client's interim driver learner's permit, which does not have a photo and which Bah previously lost, might have been used by the real perpetrator as ID during one of the heists, connecting Bah to the crimes.

The New York man seeks a billion dollars in damages from Apple because Bah "was forced to respond to multiple false allegations which led to severe stress and hardship in his life, and also significant damage to his positive reputation that he had put so much effort into upholding."

The suit says the tech "wrongfully and baselessly damaged" his reputation and also seeks a statement to that effect, as well as a court order compelling the tech giant to "address the mistake in the stored data."

Facial recognition technology has repeatedly come under fire in recent years over concerns about its accuracy and the security of its databases. A recent Government Accountability Office report blasted the United States' FBI for failing to follow recommendations about checking its system for false positives generated by facial recognition tech used to spot crooks, as well as the security of its databases. Amazon's Rekognition has come under fire, too, both from within the company and without, after news emerged last year that the retail and tech giant was marketing the product to police forces, including the FBI, at rock-bottom prices.