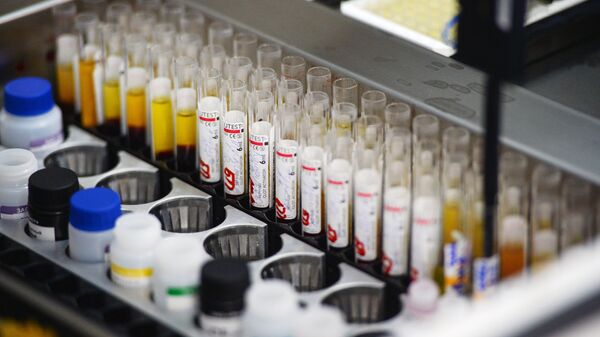 Syphilis, a sexually transmitted disease once largely contained, is now surging in a new demographic ‒ suburban and rural parts of the US Midwest, where health care funding cuts, a lack of experience among some small town doctors and conservative attitudes about sex are making stopping the disease’s spread difficult.

Last year, the US Centers for Disease Control reported that syphilis was resurgent in the US, with overall reported cases of primary and secondary syphilis nearly doubling between 2013 (when 17,375 cases were reported) and 2017 (when 30,644 cases were reported). The Midwest followed that trend, with cases increasing from 2,729 in 2013 to 4,182 in 2017. The only area in the country to show a sharper increase was the West.

STDs across the spectrum have been hitting record highs in the US recently. Syphilis, a serious sexually transmitted bacterial infection, is classed as primary, which manifests as a sore or rash near the area the syphilis bacteria entered the body; secondary, when rashes may appear on the hands and feet and in mucous membranes; latent, when the infection remains in the body without symptoms; and tertiary, which can be fatal and affects whole body systems.

Now, in some parts of the Midwest, doctors are seeing syphilis rates quadruple. A Kaiser Health News study found that reported cases of syphilis in Missouri did just that between 2012 and 2018, reaching 1,896 cases last year. Nearly half of those cases were reported in rural areas of the state.

The Choices Medical Services clinic has seen cases of syphilis increase from five to 32 in the first quarter of 2019 alone compared with the same period in 2018. "I've not seen anything like it in my history of doing sexual health care," the clinic's doctor Karolyn Schrage told Kaiser News.

Milwaukee, Wisconsin, is another Midwest syphilis hotspot. The city's Department of Health told CNN for a March 2018 article that the city had seen a 29 percent increase in syphilis cases between 2016 and 2017. The same article noted that three children in the city were born with syphilis — called congenital syphilis — in 2017. The last case of congenital syphilis in Milwaukee occured in 2012.

South Dakota, another mostly rural state, saw syphilis cases increase by 18 percent between 2015 and 2016, according to US Today affiliate the Argus Leader. "In 2011, South Dakota had the lowest rate of syphilis in the country; by 2014 the state had jumped to 14th highest," the story notes. Minnesota in 2017 saw record numbers of STD infections — and found that 65 percent of chlamydia infections were reported outside of cities, in suburban and rural areas.

The rise in STD cases in the Midwest tracks with the opioid epidemic gripping parts of America. A CDC report from February 2019 noted that opioid, methamphetamine and heroin use increased among new syphilis patients. "During 2013-2017, the national annual rate of reported primary and secondary (P&S) syphilis cases in the United States increased 72.7%, from 5.5 to 9.5 cases per 100,000 population," the report says, noting that the highest rates are, as usual, among men who have sex with men (MSM), but that the syphilis rate among women had shot up 155.6 percent.

However, the report also found increasing drug use among the groups with traditionally lower rates of the disease — women and men who have sex with women. "Among women and MSW [men who have sex with women] with P&S syphilis, reported use of methamphetamine, injection drugs, and heroin more than doubled during 2013-2017. In 2017, 16.6% of women with P&S syphilis used methamphetamine, 10.5% used injection drugs, and 5.8% used heroin during the preceding 12 months. Similar trends were seen among MSW, but not among MSM. These findings indicate that a substantial percentage of heterosexual syphilis transmission is occurring among persons who use these drugs, particularly methamphetamine."

Meanwhile, CDC funding in Missouri has been cut by 17 percent over the same period, the report found, and in Iowa, where local news outlet The Hawk Eye reported in 2017 that syphilis had risen 20 percent in recent years — as three of the state's 12 Planned Parenthood clinics, which provide access to STD testing and other medical services, had closed. More than 14,600 people had visited those three clinics in the past three years, the Carroll Times Herald reported, citing Planned Parenthood.

"The decline in resources isn't unique to Iowa," the Hawk Eye reports. "According to the CDC, more than half of state and local STD program budgets have been cut in recent years. The cuts have resulted in staff layoffs, reduced clinic hours and increased co-pays that can limit access to health care services." Iowa's STD funding has been slashed by $82,000 over the past 10 years, Iowa Department of Health STD program manager George Walton told Kaiser Health News.

Doctors also told the outlet that shame and conservative attitudes associated with rural America and the Midwest pose an obstacle to prevention and treatment. Patients may be less likely to confide in a doctor whom they will see at their church or baseball game later that week, and patients may not want to disclose sexual information to someone they'll see in the street. Rural doctors may also be slow to recognize syphilis, both because they may never have encountered the disease before — the Daily Mail notes that though there were 101,567 cases of syphilis in any stage in the US in 2017, that figure still only represents about 0.03 percent of the population — and because the doctors, too, may think of the disease as a plague of sex workers, not suburban dads.