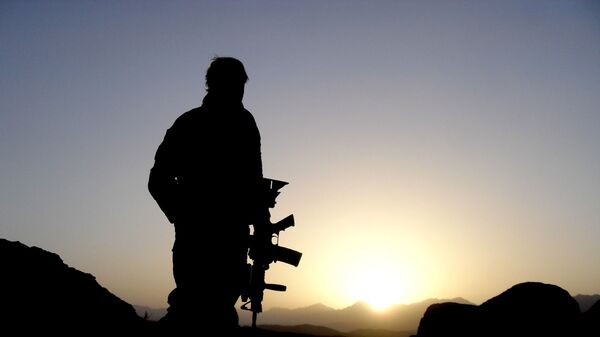 © Flickr / ResoluteSupportMedia
Subscribe
International
India
Africa
Hereford - a city in the west of England - has been the home of the Special Air Service (SAS), Britain's top special forces unit, since 1950.

A retired nurse has lifted the lid on the sexual shenanigans Britain's special forces used to get up to while in far-flung corners of the world.

Polly Andrews, a Liberal Democrat councillor, shocked a meeting on healthcare at Stirling Lines, the SAS's Hereford HQ, when she suddenly blurted out details of the sexually transmitted diseases members of the unit used to report with after returning from dangerous missions.

"I used to work in the sexually transmitted diseases clinic and we had a number of SAS personnel go through. I was overwhelmed with the success they had in finding partners in the most unlikely of circumstances," Mrs. Andrews reportedly told the meeting.

The SAS, whose corps motto is Who Dares Wins, has been involved in missions in Iraq, Afghanistan, Sierra Leone, Syria, Kosovo and Bosnia-Herzegovina in recent years.

"The joke chat-up line used to be 'I'm Special Forces, I'll be in and out and you'll never know I've been here'," former SAS soldier-turned-author Andy McNab told The Sun newspaper.

British service personnel are not banned from having sex while overseas but are regularly advised against having sex with prostitutes because STDs can be debilitating and can even lead to them being discharged from the forces.