Scholar Says US Military Ties Could Be Trap for India 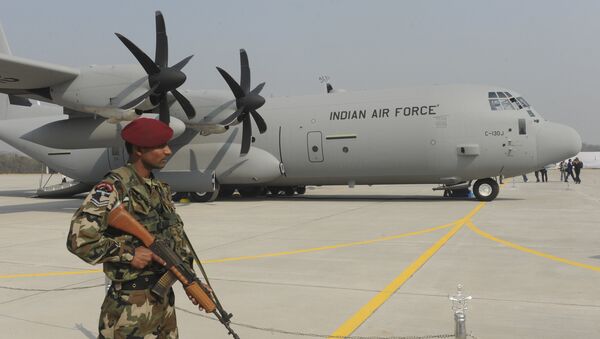 Given its desire for strategic autonomy in international affairs, India's foreign policy can be characterized as non-aligned. However, in recent years, its deepening politico-military ties with the US have somewhat altered its foreign policy.

High-end military security agreements between India and the US were accelerated after the Indo-US nuclear cooperation agreement on October 10, 2008, which allowed India to break free of its nuclear apartheid and was hailed as the most important achievement of the United Progressive Alliance (2004-14) government under former prime minister Manmohan Singh.

Apart from military commerce which has increased in both scale and quality, the institutionalization of Indo-US military relations within the paradigm of the Indo-Pacific strategy challenges India's notion of strategic autonomy.

Indian Defence Chief Hopes to Avoid US Sanctions Over S-400 Deal
One dimension of US military support is its focus on strengthening India's naval power, second to none in the Indian Ocean. According to Admiral Philip Davidson, commander of the US Indo-Pacific Command, India operates US sourced weaponry such as P-8s, C-130Js, C-17s, AH-64s, CH-47s, and M777 howitzers. The Indian government also signed off on a $2.6 billion deal involving MH-60R multi-role sea-based helicopters and is considering additional US defence technology including maritime-ready unmanned aerial vehicles.

In March, according to Adam Smith, chairman of the House Armed Services Committee, renaming the US Pacific Command as the US Indo-Pacific Command in 2018 is an effort designed to "reflect the rising importance of India to our [US] role in the region."

At the first 2+2 ministerial-level dialogue last September, positioning an Indian naval attaché with US Naval Forces Central Command in Bahrain was decided. Quoting American poet Walt Whitman, "…. the orchestra have sufficiently tuned their instruments, the baton has given the signal," Prime Minister Narendra Modi said in his address to US Congress almost three years ago and added "there is a new symphony in play" noting that "the constraints of the past are behind us and foundations of the future are firmly in place."

India Asks if US Military Was Present at Pakistan Bases Before Dogfight - Report
The transformation of Indo-US defence relations can be attributed to multi-dimensional causes and has faced strong criticism from Indian strategic circles. According to Bharat Karnad, a research professor with the Center for Policy Research, New Delhi, the US is traditionally an unreliable partner, but a closer partnership with them will only cap India's true military potential in the near to long term.

There are three main drivers of the current Indo-US military partnership.

First, the US needs a major maritime partner that fits with its vision of a free and open Indo-Pacific region with significant naval combat capabilities. This need is born out of its threat perception as a global maritime power.

According to John Richardson, US chief of Naval Operations, in his briefing to the House Armed Services Committee during a Congressional hearing, "China is trying to create its own globally decisive naval force."

Second, China's deepening military ties with countries located in proximity to India is a cause of concern for India.

Third, simultaneous deterioration of US relations with Pakistan and China has allowed India to develop a strategic role for the US in South Asia.

While it appears that constraints from past Indo-US relations have diminished, the consequences for India's strategic autonomy over the short and long term remain uncertain. Developing military ties with a distant power while neglecting relationships with countries in the surrounding region is not a sustainable strategic policy.

Two events in 2017, the China-India border standoff and the announcement of the largest ever Malabar series of US-India-Japan trilateral naval exercises in the Bay of Bengal, continue to serve as a reminder of the strategic trap that India could find itself in the near and distant future.