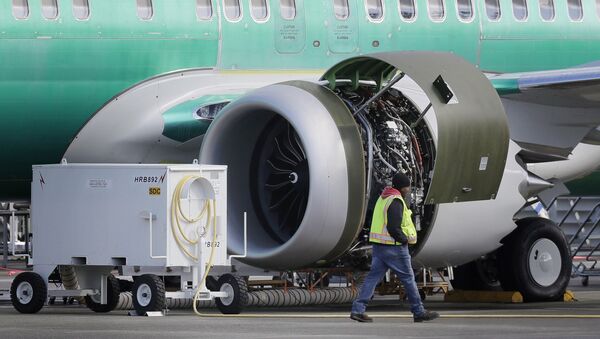 © AP Photo / Ted S. Warren
Subscribe
The practice of relying on Federal Aviation Administration certification has been rejected following two deadly crashes of the US-based manufacturer Boeing’s aircraft. The FAA is reportedly allowed the 737 Max to continue flying, despite a preliminary report after the first accident pointing to a malfunction of the model’s flight control software.

The European Aviation Safety Agency and Canada's Transport Ministry have announced that they will conduct their own analyses of the changes that Boeing will suggest in order to make their MAX 8 aircraft safer following the Lion Air and Ethiopian Airlines’ tragedies, in a blow to the US regulator.

Executive Director of the EASA Patrick Ky promised that the regulator would look "very deeply, very closely" at the improvements by Boeing, which will be certified by the US Federal Aviation Administration (FAA) watchdog.

"I can guarantee to you that on our side we will not allow the aircraft to fly if we have not found acceptable answers to all our questions, whatever the FAA does", he said, as cited by ABC.

Non-US regulators could also decide how much training pilots require to fly the Boeing jet in question. Ky noted that other Lion Air pilots had managed to fix the same problem with the flight control system of their MAX jet a day before the October crash. But the same malfunction allegedly confused the crew of the doomed flight.

READ MORE: Boeing 737 Max Investigation: The Deeper They Dig, The Worse This Becomes

Canadian authorities echoed his statement, as the country’s Transport Minister Marc Garneau indicated that when the software alteration is ready in several weeks, Ottawa will do its own certification “even if it is certified by the FAA”.

This could delay the return of the Boeing aircraft, which have been grounded worldwide in wake of the Ethiopian crash, to the sky. It could disrupt the reported timetable established by the US company, which plans to update the software that could have caused the planes to pitch their noses down. Boeing is expected to receive FAA certification for alterations and pilot training in April or May, according to ABC’s sources.

The moves by Canada and the EU go against the existing practice of aviation regulators accepting the certification of a jet issued by the country where it was built; e.g., European countries accept the FAA’s approval of aircraft with little review and vice versa.

The FAA has come under fire for handling the situation with the Boeing 737 Max following two similar crashes involving the jets in the last half year. Five months after an Indonesian Lion Air Boeing 737 MAX plunged into the Java Sea and claimed the lives of 189 people, another such plane, belonging to Ethiopian Airlines, crashed, killing 157 people. Both accidents took place mere minutes after the planes took off. 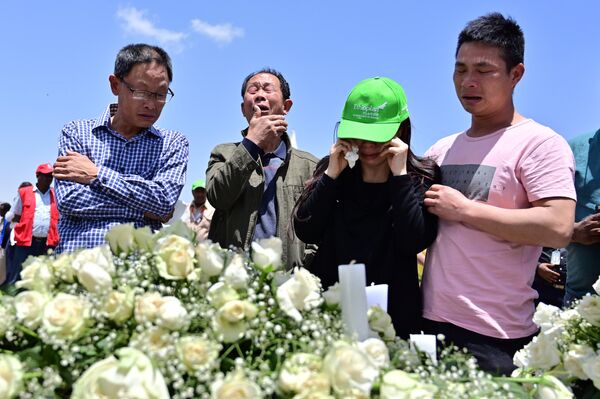 Family members mourn the victims at the crash site of the Ethiopian Airlines operated Boeing 737 MAX aircraft, at Hama Quntushele village in the Oromia region, on March 13, 2019
© AFP 2021 / Tony Karumba

The black box retrieved after the crash reportedly revealed that the plane's sensors had been displaying incorrect speed and altitude readings. However, following the first crash, the FAA still permitted MAX jets to fly, which was accepted by regulators worldwide.

Initially, the FAA refused to ground the jets in question after a second accident, although a number of countries, including China, India, Egypt, Vietnam, and EU states began blocking the Boeing 737 Max 8 from their airspace.

As investigators are still trying to determine the reasons behind the crashes, US authorities are conducting a probe into how potentially flawed planes received permission to fly. The system that most concerns the investigators is the so-called anti-stall system that was installed in the Boeing 737 MAX airplanes and which is currently the main suspected cause of the two plane crashes.