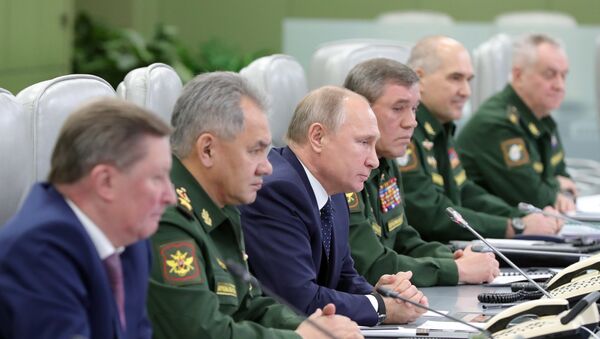 MOSCOW (Sputnik) - Russian President Vladimir Putin has signed a decree on the suspension of Russia's participation in the Intermediate-Range Nuclear Forces Treaty (INF), the Kremlin press service reported on Monday.

"I order… to suspend the implementation of the Treaty between the Union of Soviet Socialist Republics and the United States of America on the elimination of their medium-range and shorter-range missiles from December 8, 1987 until the United States rectifies violations of its commitments under the said Treaty or until its termination," the decree says.

The United States, in turn, formally suspended its obligations under the INF Treaty on 2 February, also accusing Russia of breaching the treaty, and triggered a six-month withdrawal process. Russia denied the claim, accusing Washington of violations of the bilateral agreement.

The treaty bans all ground-launched missiles, conventional or nuclear, with ranges of 310 to 3,400 miles.

Previously, Russian President Vladimir Putin stressed that all of Russia's earlier proposals remained on the table. However, he instructed the country's authorities to not initiate any new talks with Washington on the matter.