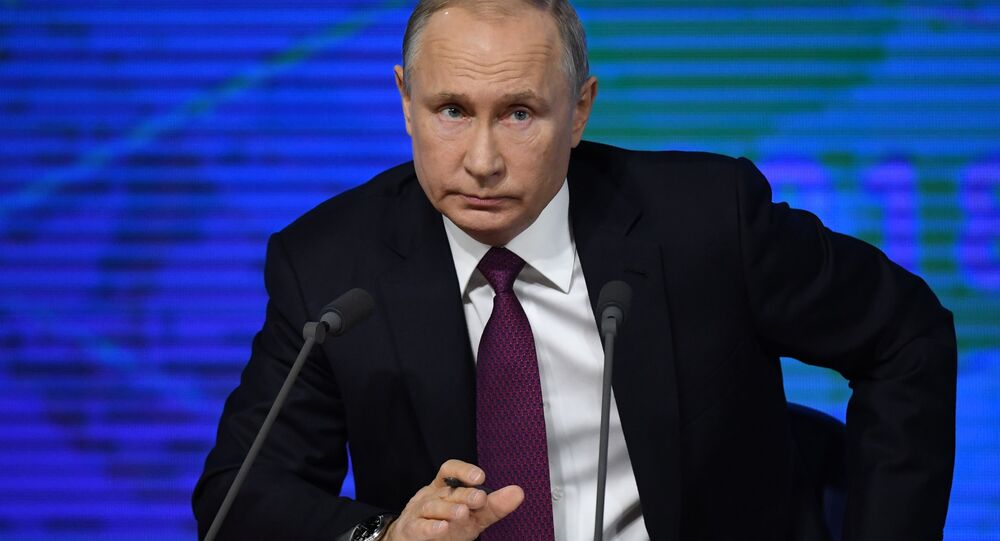 Earlier, the Russian president warned that Moscow would be "forced" to respond in kind if the US deployed new medium- and short-range missiles in Europe in the wake of its withdrawal from the 1987 Intermediate-Range Nuclear Forces (INF) Treaty.

Competing interests between Russia and the United States are not a legitimate reason to rehash old historical conflicts thrusting the world into crisis, Russian President Vladimir Putin has said.

"I hope that they will be used to prevent new crises in the world like the Caribbean crisis. There is no reason for that," the Russian president stressed, using the Russian term for what is known in many Western countries as the Cuban Missile Crisis.

Putin pointed out that Russia and the US have established good contacts between their military forces, in Syria for example, in the joint struggle against terrorism.

"Is there some kind of serious confrontation between two systems, as there was during the Cold War? Of course not. Yes, there are reciprocal claims, different approaches to solving various problems, but this is not a reason to elevate the matter to some kind of confrontation like the Caribbean Crisis of the 1960s," the president reiterated.

Russia, Putin said, does not want to see something like this take place. "If someone [on the US side] wants it, by all means. I have simply said here today what will happen," Putin said.

© Sputnik / Alexey Filippov
Putin: Russia to Take Tit-for-Tat Steps if US Deploys Its Short, Medium Range Missiles in Europe
Earlier, during his annual address to Russian lawmakers, Putin warned the US not to deploy medium and short-range nuclear missiles in Europe, saying it would "dramatically exacerbate the international security situation" and create serious challenges to Russia.

"This is a very serious threat to us. In this case, we will be forced — I want to emphasise this — forced to take tit-for-tat steps," Putin said.

The Cuban Missile Crisis of 16-28 October 1962 was a military standoff between the United States and the Soviet Union, which came about after the Soviet leadership made a decision to deploy nuclear missiles to Cuba to deter a possible American nuclear first strike and counter the deployment of US Jupiter medium-range ballistic missiles in Turkey.

Historians worldwide consider the Cuban Missile Crisis to have been one of the most dangerous episodes of the Cold War, with the crisis thought to have brought humanity to the brink of nuclear apocalypse.