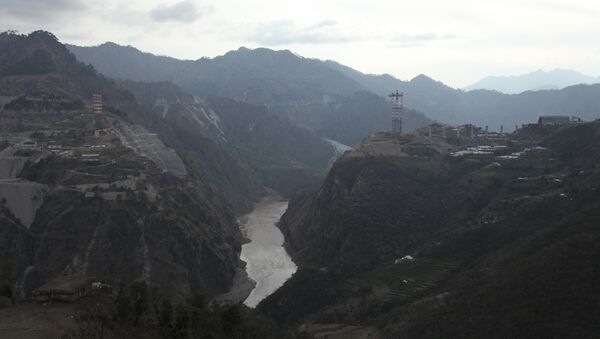 © AP Photo / Channi Anand
Subscribe
International
India
Africa
MOSCOW (Sputnik) – India has submitted information about the complicity of the Jaish-e-Mohammad terrorist group in the recent terror attack in the Indian state of Jammu and Kashmir to Pakistan, Times of India reported on Wednesday.

According to the Times of India newspaper, the dossier with details about the group’s camps in Pakistan was handed over to Pakistan’s acting High Commissioner Syed Haider Shah.

The Pakistani official was also told that New Delhi was waiting for immediate and verifiable actions against terrorism that purportedly spreads out from Pakistani territory.

The deadly attack took place in the Pulwama district of the Jammu and Kashmir state on February 14, killing 45 Indian officers. This was the biggest terrorist attack in India since 2008, when over 150 people were killed in Mumbai. India has named Maulana Masood Azhar, the leader of the Jaish-e-Mohammed residing in Pakistan, as the person responsible for ordering the attack.

After the attack, India blamed Pakistan for harbouring and protecting terrorists, accusing the country of having a "direct hand" in the incident. As a punitive measure, India withdrew Pakistan's most-favoured nation status and raised customs duties on goods imported from Pakistan to 200 percent.

The escalation of tensions has already resulted in Indian airstrikes on the Pakistani-controlled part of the Kashmir region as well as air fights between the two countries.