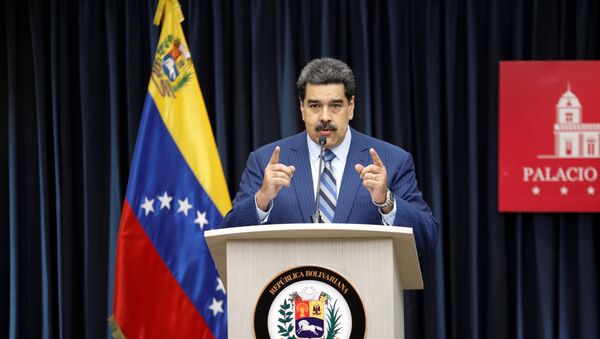 Venezuelan President Nicolas Maduro proposed early elections in the state parliament during a rally organised by his supporters on Saturday in Caracas.

"They want an election? We will conduct a parliamentary election," Maduro said.

He specified that the proposal is now being reviewed by Venezuela's Constituent Assembly, however, later, the population of the state will be invited to discuss the move.

According to Steve Ellner, a retired professor from Venezuela’s University of the East and associate managing editor of “Latin American Perspectives”, the proposal could encourage the Venezuelan opposition to take part in a new electoral process.

"The mainstream media focus most attention on the most radical sectors of the opposition. But there are some parties such as MAS and COPEI which have participated in elections over the recent past, and there are others to varying degrees which feel uncomfortable with a political strategy that is so closely aligned with Washington’s position. The best-case scenario for Venezuela is the incorporation of these less radical sectors in the electoral process and a dialogue that produces some sort of consensus on economic policies that are politically costly in the short run but necessary to get the economy back on track”.

Venezuelan Military Slams 'Traitor' Air Force General Who Defected to Opposition
This comes amid the ongoing political crisis Venezuela is facing, with large-scale anti-government protests taking place after opposition leader Juan Guaido declared himself the country's interim president in a bid to oust Maduro. Moreover, the United States, which has supported Guaido, seized millions of dollars worth of assets from Venezuelan state-owned PDVSA oil and gas company.

In response, Maduro called Guaido a puppet of Washington, accusing the United States of plotting to overthrow him.