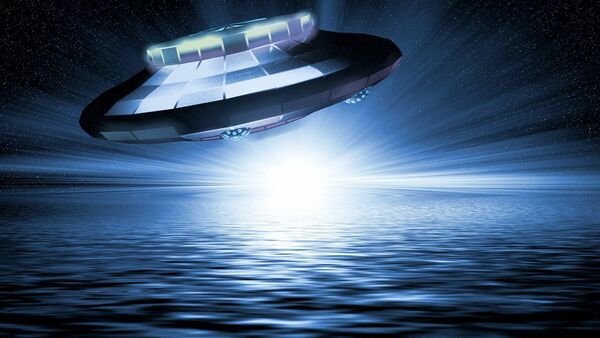 CC0 / /
Subscribe
Newly released documents from the US Defense Intelligence Agency (DIA) reveal more detail about the secretive Advanced Aerospace Threat and Identification Program (AATIP), through which the US researched what many might consider to be "fringe science" like stargates, warp drives and extra dimensions.

Details of the program, which officially ran from 2007 to 2012 thanks to $22 million in annual funding from the defense budget, were obtained and shared on Wednesday by Nike Pope, a British researcher who previously investigated reports of UFO sightings for the UK's Ministry of Defense.

The Congressional letter obtained by Pope includes a list of 38 products that the AATIP investigated for the DIA. "The purpose of the AATIP was to investigate foreign advanced aerospace weapon threats from the present out to the next 40 years," the letter explains.

​The final three pages of the letter disclose various projects on the topics of invisibility cloaking; traversable wormholes, stargates and negative energy; field effects on biological tissues; warp drives, dark energy and the manipulation of extra dimensions, among others.

However, other than listing the project titles and associated officials, the documents fail to give further insight on the results of those investigations.

"What better way to hide a UFO program than by embedding it in an aerospace program, looking at the 'unknowns' in parallel with the more conventional threats posed by the next generation of aircraft, missiles and drones?" Pope told Sputnik via email.

"While this is another intriguing piece of the puzzle, it still doesn't give us a definitive answer to the question of whether AATIP was a program looking at next-generation aerospace threats, or whether, as has been claimed, ‘foreign advanced aerospace weapon threats' is coded language for UFOs," he wrote. "Perhaps the truth lies somewhere in between."

While UFO skeptics and believers alike will continue to debate the existence of UFOs, Pope stressed that actual, serious research should continue. "Some people might call it fringe science, but I regard it as low probability/high impact work, where the immense potential payoffs more than justify the initial expense," he told Sputnik.

In December 2017, a New York Times profile on the AATIP revealed that the program was still investigating UFO sightings despite it having been officially shuttered in 2012, sources familiar with the program told the outlet.

However, in a statement to the Times, Pentagon officials explained that the program was indeed closed down after senior officials "determined that there were other, higher priority issues that merited funding, and it was in the best interest of the DoD to make a change."

The AATIP was initiated in 2007 by Harry Reid, who at the time was the Senate majority leader. A letter obtained in 2018 by journalist George Knapp shows that in 2009, Reid warned then-Deputy Secretary of Defense William Lynn III of the presence of "far term foreign aerospace threats" that have the potential to cause "catastrophic effects," Exo News reported.

Without specifically mentioning UFOs, Reid further explained to Lynn that the work of AATIP "would not only benefit the US Government but I believe will directly benefit the Department of Defense in ways not imagined."

The AATIP first made headlines in 2017 after it released video footage showing a 2004 encounter between two US Navy F/A 18 Super Hornets and, of course, an unknown object. In the recording, the fighter pilots attempt to intercept the unidentified object, described as having "no obvious wings or tails," but are ultimately unsuccessful. It's still unclear what exactly the pilots encountered during their flight.