Iran Launches Satellite Despite Pompeo's Warning, But it Fails to Reach Orbit 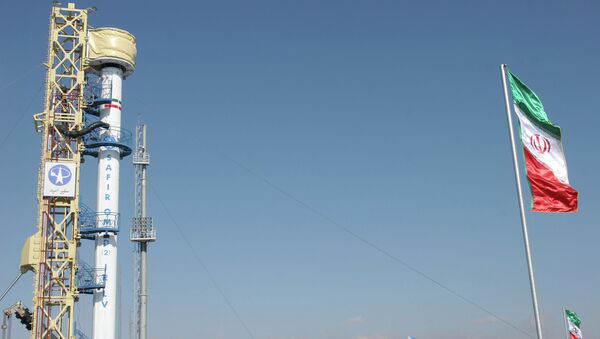 The launch was previously criticised by US Secretary of State Mike Pompeo, while Tehran has stressed it does not violate UN Security Council Resolution 2231 pertaining to the country's nuclear programme.

According to him, the satellite's carrier rocket successfully passed the first and second stage of the launch, but could not reach the "necessary speed" in the third stage.

In January, US Secretary of State Mike Pompeo said that Iran would face economic and diplomatic consequences if it carried out three scheduled space launches in the coming months. For his part, Iranian Foreign Minister Mohammad Javad Zarif noted that Iran's rocket launches are not in violation of UN Security Council Resolution 2231.

Science & Tech
SpaceX Raising $500 Million to Help Launch 12,000-Satellite Broadband Network
The Islamic Republic previously attempted to launch a Simorgh orbital carrier rocket, however, that rocket's second stage only burned for 20 seconds. In a joint statement, the United States, the United Kingdom, Germany, and France condemned the launch, claiming it violated the UN Security Council resolution, regulating the Iranian nuclear programme.
Newsfeed
0
Access to the chat has been blocked for violating the rules . You will be able to participate again through:∞. If you do not agree with the blocking, please use the feedback form
The discussion is closed. You can participate in the discussion within 24 hours after the publication of the article.
To participate in the discussion
log in or register
loader
Chats
Заголовок открываемого материала