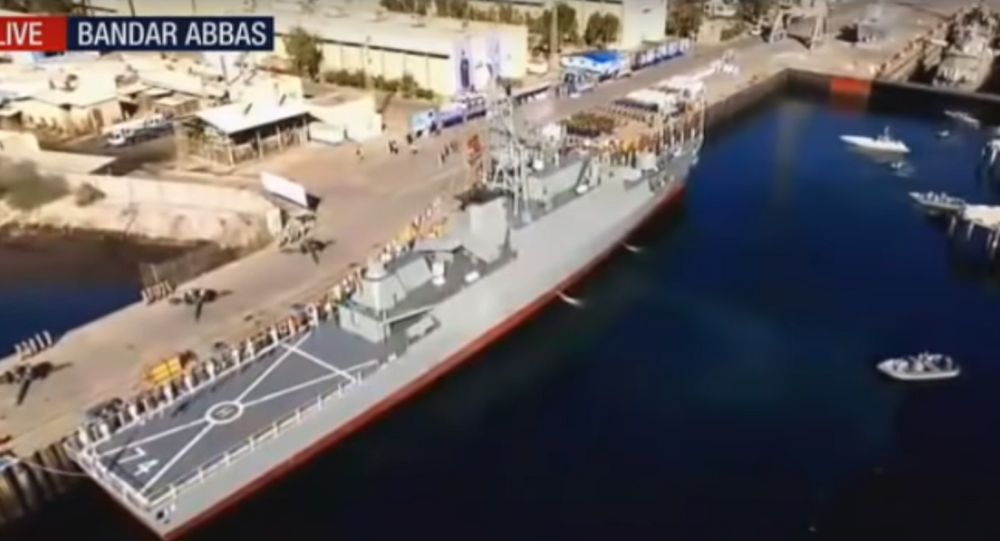 Iran has been building up its naval power in recent years to protect ships and oil tankers from pirates and deal with a growing hostile US naval presence in and around the Persian Gulf.

The Iranian Navy has ceremoniously launched the Sahand, a new destroyer class said to have radar-evading stealth properties, electronic warfare capabilities and a flight deck for helicopters, at the port of Bandar Abbas in the Strait of Hormuz.

According to Iranian television, the destroyer is packed with advanced weaponry including anti-ship and anti-aircraft guns, torpedo launchers, surface-to-surface missiles and surface-to-air missiles. The vessel may also soon be fitted with the Kamand close-in weapon system, capable of firing 4,000-7,000 rounds per minute at close-range targets within a range of about 2 km.

The ship is equipped with four engines, and can sustain long-distance voyages for 150 days while accompanied by a support vessel.

"This vessel is the result of daring and creative design relying on the local technical knowledge of the Iranian Navy…and has been built with stealth capabilities," Rear Admiral Alireza Sheikhi, head of the shipyard which built the destroyer, told Iran's IRNA news agency.

© CC BY 4.0 / Erfan Kouchari / Ghadir submarine
Iranian Navy Adds Two New Subs to Fleet
The new destroyer and the Kharg, another Iranian destroyer is expected to be among the two or three warships Iran plans to send to Venezuela for a goodwill visit sometime "in the near future," according to Iranian Navy Deputy Commander Admiral Tourraj Hassani.

According to Press TV, the Sahand has twice the offensive and defensive capabilities as its predecessor, the Jamaran frigate, the lead ship of the Moudge-class of frigates launched in 2010 as part of the Mowj (Wave) program to replace its mostly US-made vessels with indigenous Iranian warships.

The Sahand is the third vessel to be developed by the Mowj program after the Jamaran and the Damavand frigates.

YouTube / بیسیم چی
WATCH Never-Before-Seen Footage of Iranian-Made Drones Striking Terrorists in Syria
Earlier this week, Iranian Supreme Leader Ayatollah Khamenei described the Navy's development of the new ships as proof of Iran's ability to create modern weaponry. He emphasized that Tehran was not looking for confrontation with any other country, but that it would promote its defence capabilities.

Iran has engaged in the development of a variety of ground, air, naval and missile weapons systems since the Iranian Revolution of 1979, which led to a Western arms embargo against the country. Relations between Iran and its chief potential adversary, the United States, escalated earlier this year after Washington withdrew from the landmark 2015 Iran nuclear deal in May. Iranian and US vessels have reported repeated skirmishes around Iran's territorial waters, with the Iranian Navy usually deploying fast boats around larger US Navy ships.

Iran Doesn't Want to Start War With Anyone - Supreme Leader