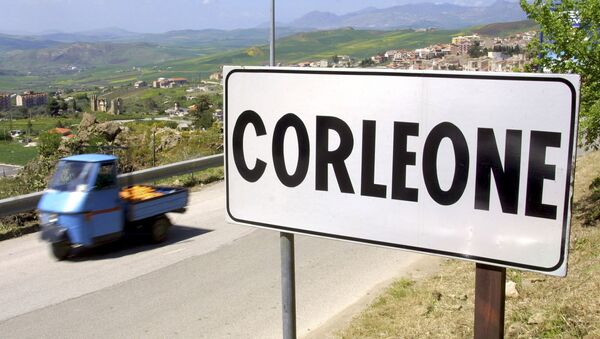 Denis Bolotsky
All materialsWrite to the author
The recent conflict between the European Commission and the Italian authorities over Rome’s “big-spending” budget plan may be part of election campaign for the country’s populist parties – says Nobel Prize winner, Professor Riccardo Valentini.

Besides politics, Valentini, who specializes in forest ecology, environmental studies and sustainable development, shared with Sputnik his views on Italy's latest social trends, such as the desire of many young people in this country to move away from busy cities to the countryside.

Sputnik: In one of your recent interviews, when talking about global demand for food, you mentioned, that there is a general trend to put quality first, instead of quantity. In Italy, this trend is being supported by the emerging class of young farmers — people who leave cities to practice agriculture. Who are these people and why are they choosing rural life instead of urban living?

Riccardo Valentini: We have an interesting phenomenon now in the Italian society, because in the past, with my generation —  I was born in the 1960s — when you were not doing well at school and you "lost course", the parents would say "if you don't do well at school, if you don't achieve results — you would go in the land".

Italy's 2019 Budget Approved by Senate Soon After ‘X-mas Truce' With EU
It was like a "plan B" of your progress in society. If you don't achieve results — you have to go to the land, and you work on the land and become a farmer. It was considered negative, really bad.

Now it's absolutely the contrary. Young people are now studying in universities; agricultural faculties are growing very much now, and students want to go to work on the land on purpose.

So, it's sort of social progress in some way. This is a phenomenon that probably has two main reasons. The first is that the media's idea of "the Chef" shows — it's trendy to be a chef. And young guys say to their girlfriends "I'm a chef" — something that attracts. It's not considered bad, it's very positive. On the other hand, there is also some real interest in the environment, in natural products, in easy and simple life. People are tired of very chaotic urban lives.

Every day we are under stress and we run every minute, and farming is another model of life, where you have your family, your children, your wife — sort of simple, but more "true".

We are leaving this "fake society" at some point. Everything is fake, even the money is sometimes put in bonds and it's "fake". Some of the old villages are now repopulated by young people. And that's why the quality of food is growing because everyone is very proud of what they do.

Sputnik: Recently we saw a standoff between Italian politicians and the EU authorities regarding Italy's 2019 budget, and, apparently, there is some strain in relations with Brussels. Why is this happening?

Riccardo Valentini: This is very much politics, really in a sense that, I think, Italy is trying to show their independence from the European system in some way because in general Europe is seen by many Italians as a constraint rather than an opportunity.

Italy: Budget Battle With Brussels
But to this moment we have the government that is focusing on helping the poor people and kind of subsidizing people who have difficulties — a kind of populistic policy. And, of course, this attracts the majority of Italians.

We are discussing fixed income for the unemployed when people can get by law 780 Euro per month without working. So, it's very appealing for people who can't get a decent salary. In some areas, like in the south of Italy, you can live with that money more or less.

So, this is more politics, in a sense that it' about looking at the next European elections, when in May this coalition will try to raise votes. In some way these measures are very breaking, striking.

So, it's understandable why the European Union reacted to the Italian proposal because it increases the debt. But they went on because they would want to raise the idea that Italy is independent, and these measures are in favor of the people, and maybe they are not the best solution for our economy, but it's very appealing anyway.

So, they would go to the elections in Europe to see how their popularity will rise, and probably after that, things will change. I don't think that this economic law will remain, it will change.