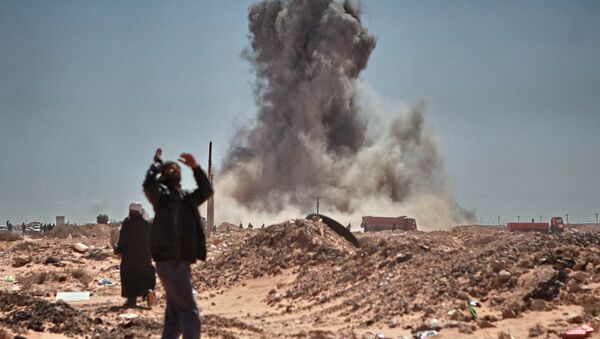 MOSCOW (Sputnik) - Daesh terrorist group has claimed responsibility for a deadly assault on the Libyan Foreign Ministry, the CNN broadcaster reported on Wednesday.

An eyewitness told Sputnik that the attack was carried out by seven people, who first torched three cars parked near the ministry and then started shooting, while trying to break into the building. After that, two attackers detonated an explosive device near the entrance.

Africa
Libya's Tripoli Security Chief Kidnapped by Local Militia - Reports
On Tuesday, a powerful explosion occurred near the Libyan Foreign Ministry in Tripoli. At least two attackers died at the scene. According to the Libyan Health Ministry, the attack left three people killed and 21 others injured.

Libya has been in a state of turmoil since the overthrow and killing of Muammar Gaddafi in 2011. The state is divided between two governments, with the eastern part controlled by the Libyan National Army, and the western part governed by the UN-backed Government of National Accord (GNA), led by Prime Minister Fayez Sarraj.