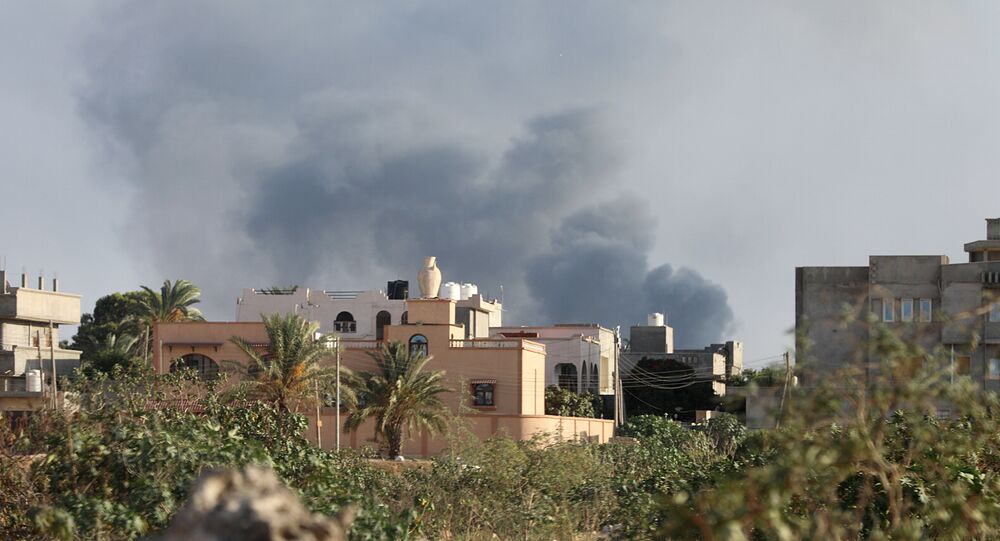 Libyan Government of National Accord Announces New Truce Near Tripoli

CAIRO (Sputnik) - The Libyan Government of National Accord (GNA) announced on Wednesday the conclusion of a new ceasefire agreement between rival factions in the vicinity of Tripoli.

"The Presidential Council of the Libyan Government of National Accord welcomes the agreements reached on the ceasefire in the vicinity of Tripoli and highly appreciates the patriotic, honest positions of all sides that responded to the call for a ceasefire," the GNA's statement said.

Earlier in September, the rival militant groups reached a ceasefire agreement to put an end to hostilities under the UN auspices. However, the hostilities have lately intensified, with reported daily violations of the truce.

Starting from August 26, the southern suburbs of the capital saw multiple clashes between the so-called Seventh Brigade from Tarhouna, also known as Kaniyat, and the Tripoli Revolutionaries Battalion (TRB), nominally affiliated with Libya's Government of National Accord (GNA) Interior Ministry.

© AFP 2020 / MANDEL NGAN
Norway Attempted Secret Peace Talks With Gaddafi's Son as NATO Bombed Libya in 2011 - Reports
Libya has been torn apart by conflict since the long-time leader Muammar Gaddafi was overthrown in 2011. The eastern part of the country is governed by the parliament, backed by the Libyan National Army (LNA) and located in Tobruk. The UN-backed GNA, headed by Prime Minister Fayez Sarraj, operates in the country's west and is headquartered in Tripoli.

Due to the lack of centralized power and a unified army, Libya has become a smuggling center, as well as a transit point for illegal migrants from Africa to Europe.