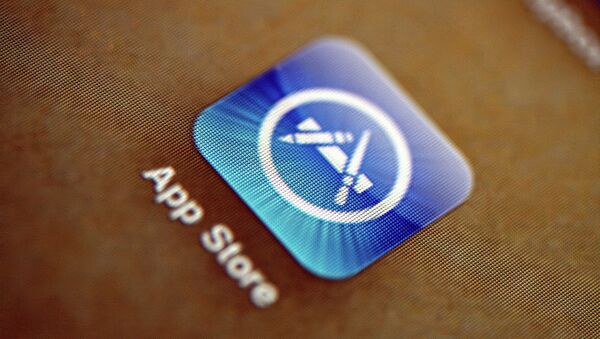 A gay-rights organization that filed a complaint to Apple noted that the offending app sought to convert homosexual people to hetereosexual people through Christian prayer.

Apple Inc. removed a religious app from its App Store after a petition begun by a gay rights group noted that the Christian app portrays homosexuality as "addiction," "sickness" and "sin," NBC News reported Sunday.

The gay rights group, Truth Wins Out, launched its petition Thursday to remove the app created by Living Hope Ministries, an evangelical Christian religious group claiming to serve "those who are seeking sexual and relational wholeness through a more intimate relationship with Jesus Christ."

No Catholic No Gay: Pope Tells LGBTQ Nuns, Priests to Cease or Leave
The Christian website's director, Ricky Chelette, described his organization as "discipleship ministry," and suggested that it is organized "very much like a church."

During an interview with NBC, Chelette claimed that his group "only help those individuals who are seeking [them]."

"We help people understand who they are in Christ," he remarked of the three-year-old app.

Petition filer Truth Wins Out pointed out that the app seeks LGBT youth "to change from gay-to-straight through prayer and therapy."

After Apple agreed to take down the Christian app, the advocacy group issued a statement on Friday thanking the tech giant and its CEO Tim Cook.

"Ex-gay programs are consumer fraud and cause significant harm to the people they purport to help."

Apple Designer's Gaffe With "Penis-Like" Christmas Tree Leaves Netizens in Tears
Commenting on Apple's decision, Chelette said he was not informed that Apple had made a decision to take the app down, adding that his group will challenge the decision.

"I think it's unfortunate that the advocacy group doesn't know what we do and is assuming that we're some hate organization. We are not," Chelette asserted.

"We love gay-identified individuals," he added, cited by NBC.

"We try to help folks who are conflicted with their faith and feelings," he said. "We have been doing that for a very long time."

According to Chelette, he was attracted to men in the 1980s, but "had an experience with Christ that transformed his life."

Apple has not yet commented on the app takedown, NBC reported.