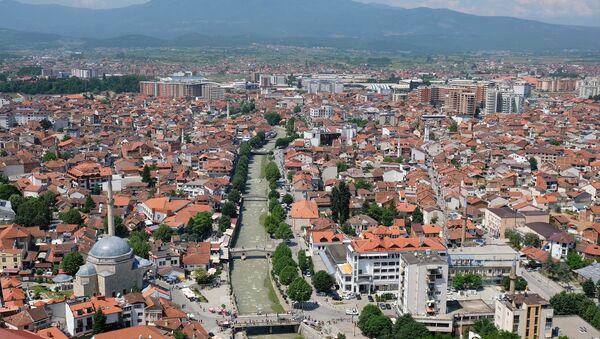 "The government of Kosovo at today's meeting decided to impose 100 percent duty on imported goods from Serbia and Bosnia and Herzegovina… Moreover, the government, the ministry of trade and industry and all the relevant institutions prohibit bringing to the market products that are not marked with the official and constitutional label of the republic of Kosovo in order to prevent their import and potential access to the market," Haradinaj wrote on his Facebook page.

Earlier in November, Pristina had decided to impose 10 percent tariffs on goods coming from the two countries because of their hostile approach toward the self-proclaimed republic. Serbia and Bosnia and Herzegovina claimed that such a step by the Kosovar government violated the Central European Free Trade Agreement (CEFTA).

EU Urges Kosovo, Serbia to Refrain From Deterioration of Bilateral Ties
In 1999, the armed confrontation of Albanian separatists from the Kosovo Liberation Army, the Serbian armed forces and police led to the bombing of the former Federal Republic of Yugoslavia (FRY), which then included the territories of Serbia and Montenegro, by US-led NATO forces.

In 2004, Albanian militants attacked Serb communities, which led to the mass resettlement of Serbs from the province and the destruction of numerous Christian monuments of their history and culture.

Kosovo unilaterally proclaimed independence from Serbia in 2008 and is recognized by over 100 UN member states. Serbia, as well as Russia, China, Israel, Iran, Spain, Greece and some other countries, do not recognize Kosovo's independence.