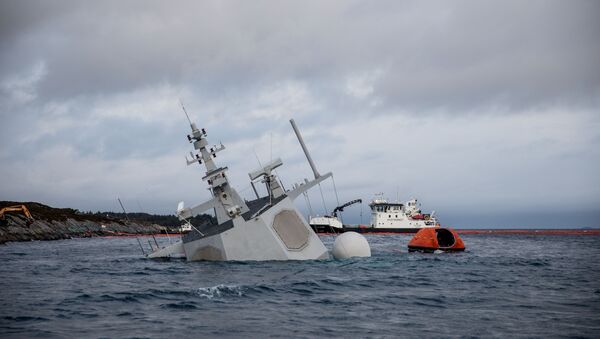 Prior to the dramatic incident, involving the 'unsinkable' frigate KNM Helge Ingstad, the Norwegian Armed Forces own magazine boasted that four out of five navigators on the warship were women.

Without making concrete accusations, Norwegian journalist, military expert and political analyst Helge Lurås has suggested that the dramatic incident is closely related to another highly controversial topic, namely the proportion of women in the Norwegian Armed Forces.

"Should you judge by sound records and expert statements, glaring and almost incomprehensible human errors were made. The Navy's people appear to be amateurs," Helge Lurås wrote in his opinion piece in the magazine Resett.

Lurås suggested that the mandatory inclusion of women on a quota arrangement and with different requirements had had an effect on the professional culture of Norwegian Defence.

"For the Armed Forces in the age of political correctness, increasing the number of women in the agency has become a goal in itself. It is assumed that women make the Armed Forces better. Those who should think otherwise, receive a plain message that their opinions are undesirable," Lurås wrote.

Lurås recalled Forsvarets Forum, the Norwegian Armed Forces own magazine, boasting that four out of five navigators at the KNM Helge Ingstad were women. He went on to quote Lieutenant Iselin Emilie Jakobsen Ophus, navigation officer at KNM Helge Ingstad, who called having many women on board an 'advantage', a 'natural thing' and a 'completely different and positive environment'.

Lurås explained the Navy's reticence to give out the details of the incident as reluctance to draw attention to the gender of those who were at the the helm at that time.

Lurås, while admitting that both men and women can make mistakes, questioned whether it should remain a priority for the Armed Forces to spend energy and resources on 'integration' and creating a 'balanced' work environment.

"People want answers to what went wrong when a NOK 4 billion ship now lies in a Norwegian fjord. And they deserve them, however politically incorrect they may be," Lurås wrote.

Lurås's article was met with a dramatic rebuff from Defence College professor Janne Haaland Matlary and Rear Admiral Louise Dedichen, who called it 'conspiratory, wicked and primitive' in a counterpunch in the daily newspaper Aftenposten. Furthermore, the two women argued that Lurås was spreading 'fake news', as no quota system for women exists, despite the Defence using all means to encourage more women to enlist.

"Brain power is increasingly important in the Armed Forces. It's not that that raw strength alone is enough to make a good soldiers. On the contrary, we look for the best in many dimensions, and now we can recruit from both sexes through universal service. We now have twice as large 'pool' to recruit from," Matlary and Dedichen concluded.

Since 2016, when conscription was extended to ladies, women in uniform have made up about 17 percent of the Norwegian Armed Forces, their percentage steadily creeping upwards.

The KMN Helge Ingstad, one of the latest additions to the Norwegian Navy, collided with a tanker after NATO's major drill the Trident Juncture. It received a nearly 10-metre-long gash on its starboard side and was manoeuvered into a shallow coastal bay to prevent from sinking entirely. Despite previous estimations that most of the equipment on board has been destroyed, Norway plans to salvage the helicopter-carrying frigate that cost the state coffers about $420 million.