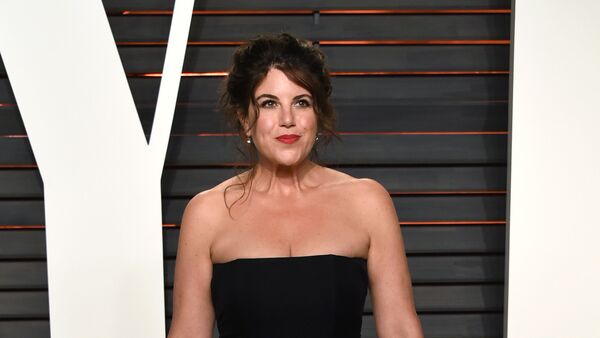 In a new documentary, the key actor in the impeachment scandal spoke out about her affair with the 42nd US president. Among other things, Monica Lewinsky opened up about “silly things” she did to get Bill Clinton to pay attention to her when she was a 22-year-old intern.

Anti-bullying activist and former White House intern Monica Lewinsky has revealed that she played some tricks to make then-US President Bill Clinton notice her due to her “crush”, which had disastrous consequences.

"I did this really silly thing, I ran home at lunchtime, and I put back on the sage green suit I had been wearing the day before when he paid attention to me, and I thought, 'Well maybe he'll notice me again.' And notice me, he did," she said in a new A&E series "The Clinton Affair".

She attended every ceremony she had an opportunity to get to, saying he paid a lot of attention to her.

“He spent time sort of standing there and holding my hand a little longer than he should have and gave what others have described as 'the full Bill Clinton.'… It feels as if you're the only person standing there,” Lewinsky said about their “flirtatious encounters.”

She also recalled the presents he gave her. They include a hat pin and a collection of Walt Whitman’s poetry,  which she described as "a very meaningful present."

In teasers, released this week, Lewinsky claimed she didn't get it until the first time she was in his presence.

"I kind of have to laugh at my younger self, but that was when my crush started," she said.

The scandal erupted in 1998, when reports surfaced suggesting that then-US President Bill Clinton had a romantic relationships with a 22-year-old White House intern. The subsequent events led to Bill Clinton being impeached by the US House of Representatives in December 1998, but a subsequent trial acquitted the president of the charges, allowing him to remain in office.

Recently, amid a spike in scandals in wake of the #MeToo movement, when asked about her husband's affair with Lewinski, former first lady Hillary dismissed claims that the affair was an abuse of power. According to her, Bill Clinton had all the rights to remain in office following the scandal, with her remarks sparking public uproar.